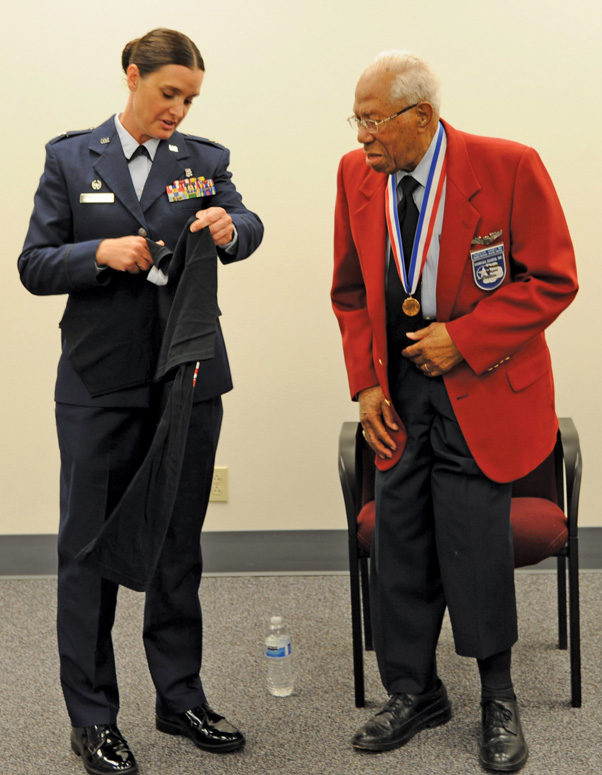 Col. Kristin A. Hillery, commander, 752nd Medical Squadron, presents Dr. Thurston Gaines, Tuskegee Airman, a shirt and coin from the 752 MDS at March Air Reserve Base, Apr. 11, 2015. Gaines was invited to speak to members of the medical squadron about his time spent in a German prisoner-of-war camp during World War II, and other experiences he had as a Tuskegee Airman.