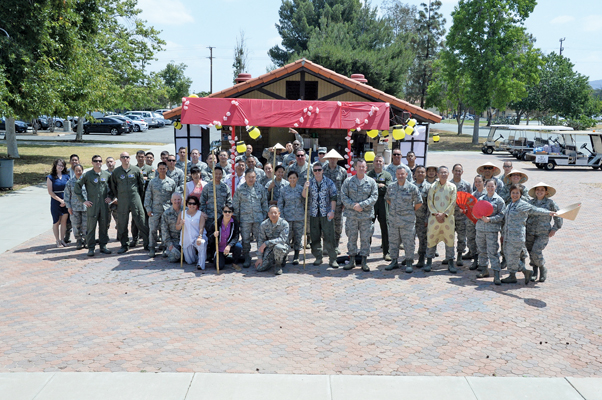 Airmen from the 163rd Reconnaissance Wing pose for a group photo at the start of the wing’s first Asian American and Pacific Islander Heritage (AAPIH) celebration. The event featured cuisine from an array of Asian and Pacific-Island cultures as well as a display of traditional clothing. May is AAPIH month.

May is Asian-Pacific American Heritage Month