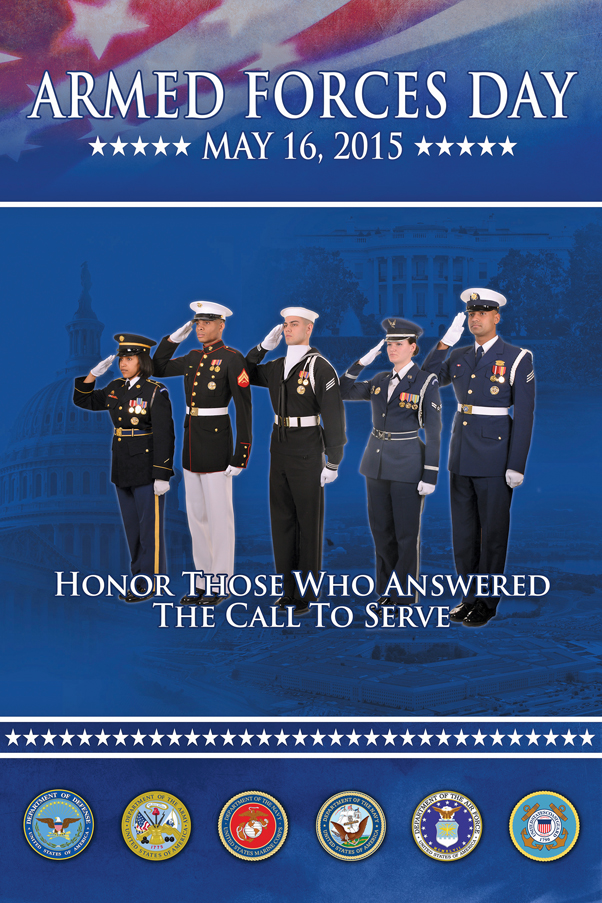 President Harry S. Truman led the effort to establish a single holiday for citizens to come together and thank our military members for their patriotic service in support of our country. On August 31, 1949, Secretary of Defense Louis Johnson announced the creation of an Armed Forces Day to replace separate Army, Navy, Marine Corps and Air Force Days. The single day celebration stemmed from the unification of the Armed Forces under the Department of Defense.

On August 31, 1949, Secretary of Defense Louis Johnson announced the creation of an Armed Forces Day to replace separate Army, Navy and Air Force Days. The single-day celebration stemmed from the unification of the Armed Forces under one department — the Department of Defense. Each of the military leagues and orders was asked to drop sponsorship of its specific service day in order to celebrate the newly announced Armed Forces Day. The Army, Navy and Air Force leagues adopted the newly formed day. The Marine Corps League declined to drop support for Marine Corps Day but supports Armed Forces Day, too.

In a speech announcing the formation of the day, President Truman “praised the work of the military services at home and across the seas” and said, “it is vital to the security of the nation and to the establishment of a desirable peace.” In an excerpt from the Presidential Proclamation of Feb. 27, 1950, Mr. Truman stated:

“Armed Forces Day, Saturday, May 20, 1950, marks the first combined demonstration by America’s defense team of its progress, under the National Security Act, towards the goal of readiness for any eventuality. It is the first parade of preparedness by the unified forces of our land, sea, and air defense”.

The theme of the first Armed Forces Day was “Teamed for Defense.” It was chosen as a means of expressing the unification of all the military forces under a single department of the government. Although this was the theme for the day, there were several other purposes for holding Armed Forces Day. It was a type of “educational program for civilians,” one in which there would be an increased awareness of the Armed Forces. It was designed to expand public understanding of what type of job is performed and the role of the military in civilian life. It was a day for the military to show “state-of- the-art” equipment to the civilian population they were protecting. And it was a day to honor and acknowledge the people of the Armed Forces of the United States.

According to a New York Times article published on May 17, 1952: “This is the day on which we have the welcome opportunity to pay special tribute to the men and women of the Armed Forces … to all the individuals who are in the service of their country all over the world. Armed Forces Day won’t be a matter of parades and receptions for a good many of them. They will all be in line of duty and some of them may give their lives in that duty.”

The first Armed Forces Day was celebrated by parades, open houses, receptions, and air shows. In Washington D.C., 10,000 troops of all branches of the military, cadets, and veterans marched past the President and his party. In Berlin, 1,000 U.S. troops paraded for the German citizens at Templehof Airfield. In New York City, an estimated 33,000 participants initiated Armed Forces Day “under an air cover of 250 military planes of all types.” In the harbors across the country were the famed mothballed “battlewagons” of World War II, the Missouri, the New Jersey, the North Carolina, and the Iowa, all open for public inspection. Precision flying teams dominated the skies as tracking radar were exhibited on the ground. All across the country, the American people joined together to honor the Armed Forces.