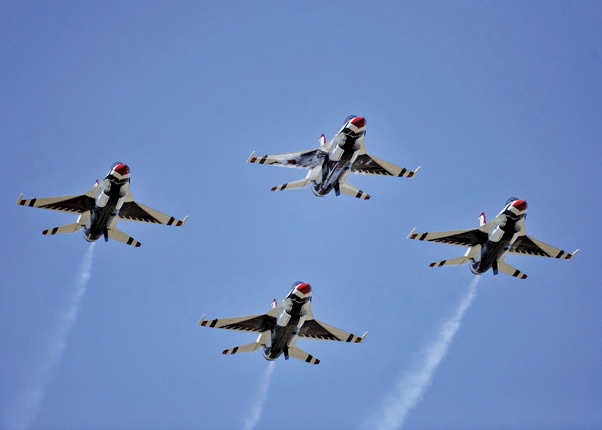 Save the dates, April 16-17, 2016 for March Field’s first air show since 2012! Admission is free and the U.S. Air Force Thunderbirds will be the headliners! Please help us spread the word that these dates were recently changed to accommodate the Thunderbirds’ schedule, but that these new dates are firm.

We will soon be announcing social media sites, created specifically for the air show, where you can get all the current information, tips on what to bring, a list of things you cannot bring, ask questions, and voice concerns. Watch The Beacon for the announcement or watch for it at www.facebook.com/TeamMarch or on Twitter @March_ARB. In the meantime, if you have any air-show-specific questions, email 452amw.paworkflow@us.af.mil.

May is Asian-Pacific American Heritage Month