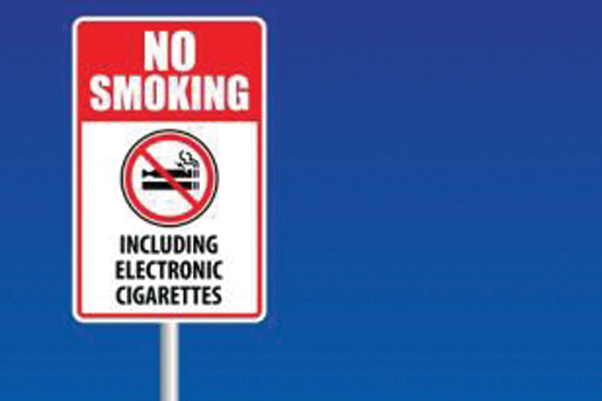 The Military Health System has designated November as Smoking Cessation Month as an opportunity to increase awareness of service members, family members and employees of the benefits of tobacco free living. Tobacco-free living is avoiding use of all types of tobacco products — including cigarettes, cigars, smokeless tobacco, pipes and hookahs — and also living free from secondhand smoke exposure.

Every year on the third Thursday of November, the Great American Smoke out (GASO) is observed. The GASO is sponsored by the American Cancer Society and serves as a challenge for smokers to quit – even just for one day. Quit Tobacco – UCanQuit2.org observes the Great American Smoke out with its own theme, resources and downloadable materials for use by service members and tobacco cessation points of contact at military installations.

(The following is taken from ucanquit2.org)

E-cigarettes: Seeing through the Hype

You’ve noticed all the hype around e-cigarettes lately. You see them advertised on television, the internet, the radio, and may even see them around your installation. As a service member, you’re used to taking risks. But e-cigarettes may not be worth it. Whether you are trying to quit smoking, thinking about starting again, or just curious, it’s important to know what you’re getting yourself into.

Here are some facts that might make you think twice about e-cigarettes.

E-cigarettes, and all related devices such as e-hookahs and e-pens, are not currently regulated by the U.S. Food and Drug Administration (FDA). This means that the e-cigarette makers don’t have to disclose ingredients or have warning labels. There is no evaluation on how the product is made, what it is made with (including chemicals) and how it might affect your health. This includes the device itself as well as the e-liquid. 1

E-cigarettes may contain chemicals, including formaldehyde.

In 2009, the FDA found carcinogens and other toxic cancer-causing chemicals, such as formaldehyde and acetaldehyde in two leading e-cigarette brands. In 2014, a follow-up study was done, that found higher levels of chemicals in e-cigarettes that had a higher voltage.

We don’t know the long-term health effects of e-cigarettes.

Little is known about what is in e-cigarettes (since contents can vary by product), making it hard to understand the long-term health effects of using them.

Not all e-cigarettes are nicotine-free. Even if they say they are.

Some smokers may try to wean themselves off nicotine by purchasing lower dose nicotine e-liquid or think it’s safe to smoke e-cigarettes because they don’t contain nicotine. The truth is, e-cigarettes and e-liquids aren’t regulated. They may contain nicotine, even if the bottle says “nicotine-free.”

E-cigarettes expose others to secondhand aerosol.

The aerosol that e-cigarette smokers exhale can be potentially harmful to others. Various studies have shown that e-cigarette vapor can contain carcinogens, chemicals, and other potential toxins. Currently, there is no evidence that shows e-cigarette aerosol is safe for non-users to inhale.

In September 2010, there was one call per month to poison centers about e-cigarette exposures. That figure drastically increased to 215 per month in February 2014. Over half of the e-cigarette exposure calls (reporting ingestion, absorption or inhalation of e-cigarette liquid) were concerning children ages 5 and under. The fatal dose of nicotine for children is 10mg, while an e-cig liquid refill may contain 10-20 mg of nicotine.

There are cheaper (and proven!) ways to quit.

A starter e-cigarette may cost you between $30 and $60. That cost doesn’t include the refills of e-liquid as well as any additional accessories. Quitting cold turkey is free and so are most tobacco cessation methods. If you’re a TRICARE beneficiary, you can receive nicotine replacement therapies (NRTs) or prescription medications at no cost. To learn more about medications and how to get them free through TRICARE, visit UCanQuit2.org/Meds.

Bottom line, it’s time you see through the e-cigarette hype. If you are trying to quit smoking, we have resources that have been proven to help you quit. You can LiveChat with a tobacco cessation coach, SmokefreeMIL for our text-message program, and even create a personalized quit plan.