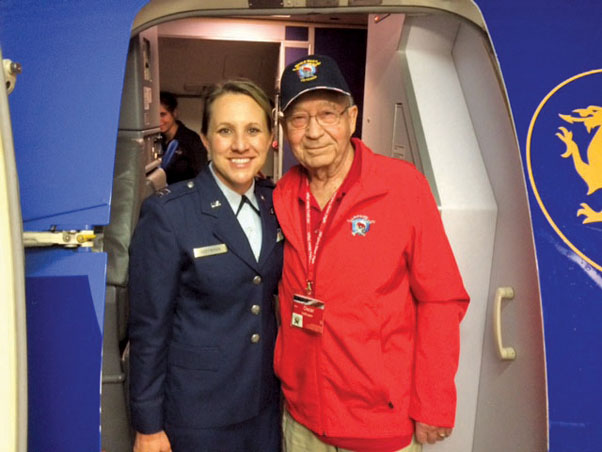 Capt. Malia Hoffmann and her grandfather, Oscar Hoffmann, a WWII veteran, prepare to depart for Washington, D.C. on an Honor Flight. The Hoffmanns traveled with approximately 84 other veterans and their dependents to visit the war memorials while bonding with each other. 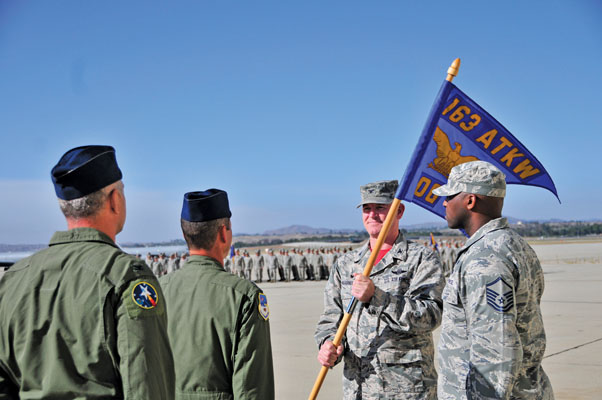 Col. Dana Hessheimer, commander, 163rd Attack Wing, California Air National Guard, March Air Reserve Base, receives the new wing guidon during an official re-designation ceremony on base Saturday, July 11, 2015. The former 163rd Reconnaissance Wing received the official orders to re-designate its name on July 1, 2015, by the order of the Secretary of the Air Force to fall in line with the term the active Air Force has adopted for its MQ-9 Reaper units.