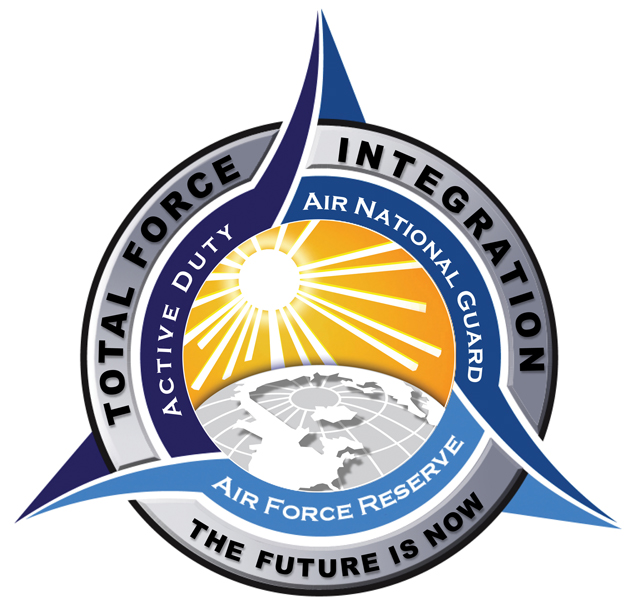 WASHINGTON (AFNS) — The Air Force continues to make strides toward total force integration, according to an annual report submitted to Congress March 4.

The report is based on recommendations from the National Commission on the Structure of the Air Force and focuses on how the force structure should be modified to best fill current and future mission requirements, an area Air Force senior leaders have been vocal about, expressing their desires to continue to expand total force integration.

“We are one Air Force,” said Air Force Chief of Staff Gen. Mark A. Welsh III. “We’re committed to this idea and it’s foundational to the way we present our capabilities. We’re not going to be operationally successful any other way.”

The service recently completed an intensive analysis of all Air Force primary mission areas. The analysis provided active and air reserve component force-mix options and reliable data to inform future acquisition decisions. As a result, more than a dozen force-mixing recommendations were carried into the fiscal year 2018 strategic planning process.

More than 78 total force integration proposals are being pursued, including 41 recommended by the NCSAF. In fact, the Air Force has launched a series of initiatives designed to break down existing barriers to a total Air Force.

“The Air National Guard and Air Force Reserve provide the nation a vital capability that is functionally integrated and operationally indistinguishable from the active force,” said Air Force Secretary Deborah Lee James. “This maximizes our total force and secures (our) top priorities of taking care of people, balancing today’s readiness with tomorrow’s modernization, and making every dollar count.”

An important part of integration is having and employing the same equipment. The fielding of the KC-46 Pegasus and F-35 Lightning II is one example of the service’s commitment to concurrent and proportional fielding of new equipment and technology. A 2016 revision of Air Force Policy Directive 10-3, Air Reserve Component Forces, will capture this practice.

Changing policies is just one step toward incorporating cross-component interoperability into Air Force culture. Processes and systems must support this interoperability as well. To this end, the service has undertaken initiatives aimed at supporting total force Airmen.

For example, by expanding the Career Intermission Program to allow members receiving retention bonuses and those under an initial service obligation to apply and removing the statutory participation limits, more Airmen are eligible for this opportunity which allows Airmen the ability to transfer out of the active component and into the Individual Ready Reserve for up to three years while retaining certain benefits.

Also, total force Airmen transitioning from the active to reserve component will soon be afforded the ability to ship household goods to their reserve duty location versus their home of record.

Other significant interoperability initiatives surround the streamlining of cross-component personnel and pay systems. These changes include the standing up of base-level total force support squadrons at select locations, and the launching of a Total Force Virtual Personnel Center to facilitate electronic processing of common awards and decorations. Together these efforts are aimed at providing more effective and consistent support to Airmen from all components.

“We are proud of our total force accomplishments, which are increasingly leveraging the unique skills and experience of the reserve component, and creating the strategic agility required to meet the challenges emerging to our Air Force,” said Lt. Gen. James F. Jackson, the chief of Air Force Reserve.

While Congress granted temporary and limited relief in the fiscal 2016 National Defense Authorization Act, the Air Force is pursuing an extension of that temporary authority while continuing to pursue multiple solutions to facilitate total force training.

The service’s consistent and measured move towards efficiency and effectiveness can be seen in the Integrated Wing Pilot Program. The program, recommended by the NCSAF, aligns Air Force associations under a single, integrated chain of command. The program will begin in fiscal 2017 with the 916th Air Refueling Wing at Seymour Johnson Air Force Base, North Carolina.

This Integrated Wing Pilot Program will help the Air Force determine if it’s possible to improve upon the existing association construct. If successful, the Air Force could apply the lessons learned from the program to other organizations.

Neal’s remarks echo that of other total force leadership, showing the service’s commitment to cross-component integration as the Air Force continues to explore options on how to better support all Airmen, regardless of component.