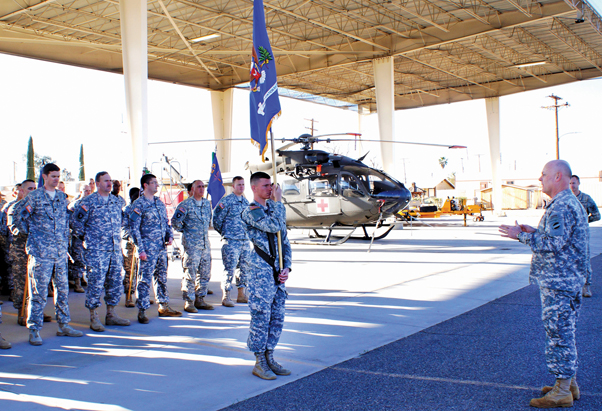 This marks the fourth time that the 2916th AV BN has received this prestigious award.

“Four thousand hours with no A, B, or C accidents – few of your counterparts can say that,” Donahue said. “For MEDEVAC, you guys are a lifeline out there [in the training areas], where conditions can be terrible.

“I know you’re in the process of transition to the UH-60’s,” Donahue continued. “I hope to see you again next year for similar awards in a different aircraft.”

“All of you are deserving of this award and participated in achieving it. I do believe that safety is a culture, and it’s obvious that over the last four years we have developed the right culture. Keep up the good work.”