Pastoral duties for two religious services transitioned to three pastors during ceremonies at the main post chapel here, March 22 and 29.

It was two great days to celebrate this rich tradition of the U. S. Army Chaplain Corps dating back to 1775, during the American Revolution. It symbolizes the act of Elisha taking the mantle of responsibility from Elijah and continuing to serve the Lord in “His calling” to minister to God’s people, as described in 2 Kings, Chapter 2, of the Bible.

The congregations are looking with great anticipation to see how these chaplain teams will serve the Lord in “His calling” – just like Elisha.

Chaplain VandeKrol will be departing Fort Irwin for a follow-on assignment to Fort Belvoir, Va., as he attends the U.S Army Clinical Pastoral Education degree program. 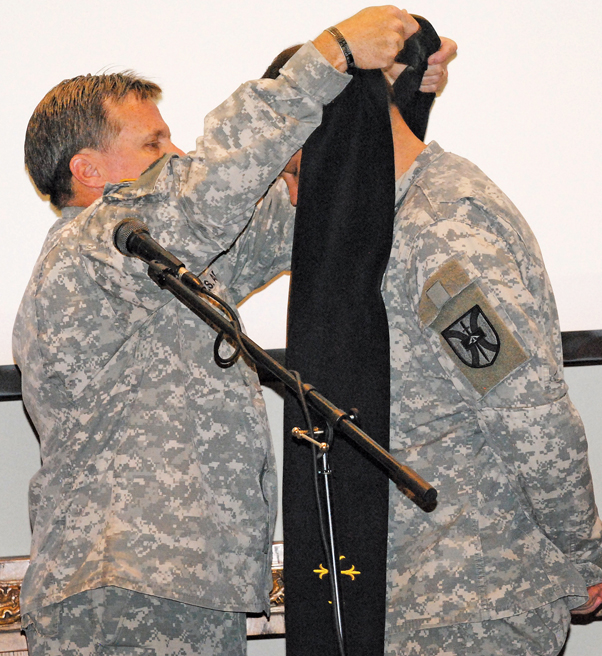