More than 400 Fort Irwin community members got to experience America’s diverse ethnic cultures from across the Pacific on May 13 with various performances and demonstrations focused on the theme “Many Cultures, One Voice: Promote Equality and Inclusion.”

The late morning program began with a speech by Lt. Col. Thomas Nguyen who spoke of his personal journey as a teenager seeking freedom. He was one of 800,000 Vietnamese “boat people” who successfully escaped communist tyranny after the fall of the South Vietnamese government in April 1975. Nguyen serves in the National Training Center headquarters. 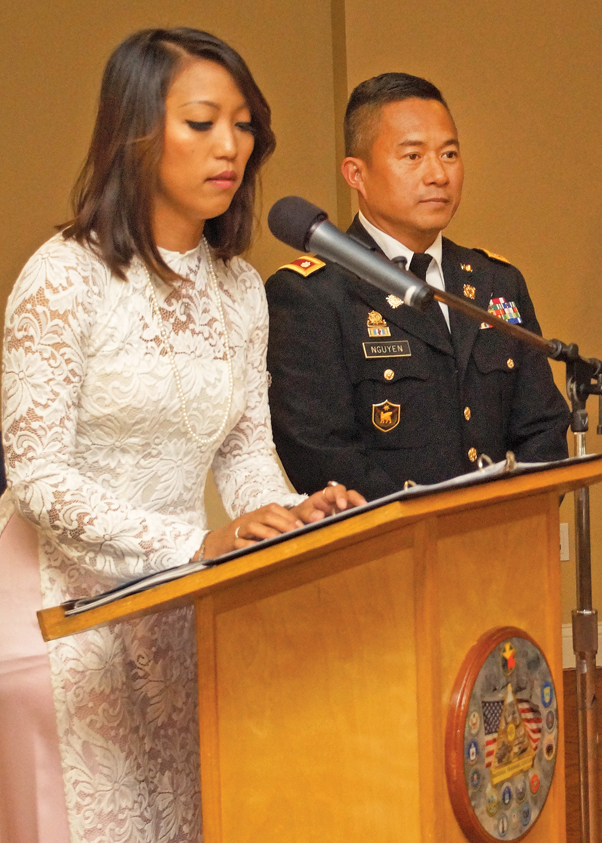 Event moderator Sgt. Monik Phan, dressed in traditional Vietnamese ao dai dress, introduces keynote speaker, Lt. Col. Thomas Nguyen, who spoke about his experiences as a teenager after the fall of the South Vietnamese government in 1975 and his escape as a teenager three years later. Phan serves with B Company, 229th Aviation Regiment and Nguyen with National Training Center headquarters.