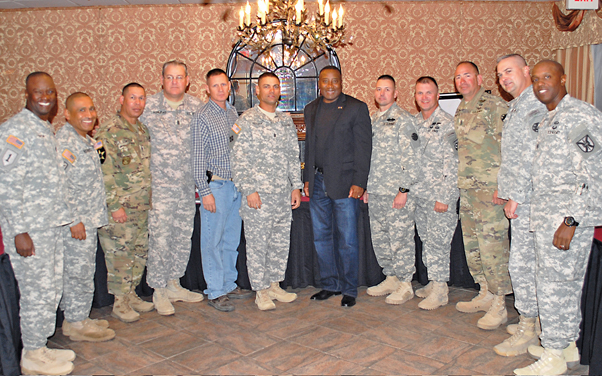 Rebuck, as the senior enlisted advisor to the NTC commander, explained the visit offered an opportunity to showcase the significance and incentive of serving here – and specifically for NCOs in the infantry branch.

The NTC hosts distinguish visitors, many during the 14 training days of each rotation, and Rebuck would like to host more command sergeants major from various Army career branches. They have an open invitation, he said.

It’s important to exhibit, not just the results of experienced NCOs coaching and training the rotational training unit, but to also reveal the value of the development acquired while serving here – whether as an observer, coach, trainer or with other units here who impact the RTUs, 10 times per year, Rebuck stated.