When Kaleidoscope opened here Sept. 1, 2015, there were only eight consignors displaying and selling their home-made crafts, artworks and apparel to the community.

Today the venue, located in the main Exchange lobby, has 58 individuals who have articles for sale. Cathy Jacobi, a military spouse here who headed the store’s establishment, explained that Kaleidoscope has been a success; the addition of consignors and the revenue generated are the proof. She stated that by the end of 2015, approximately $14,000 had been distributed to consignors.

The vast majority of consignors are military spouses, stated Jacobi. A small group of them originally teamed up to form the business. Some of the spouses had been crafters previously and others have only recently started. Some have business experience that has helped.

Jacobi praised the ladies who have consigned and volunteered to run the venue.

“They get together and teach each other crafts, different artistic techniques and different ideas,” Jacobi said. “They have made the store grow, not me, [with] their ideas … synergy and the co-op of them working together and helping each other out.”

Megan Baker, a military spouse, specializes in making bow ties for children. She started consigning in October 2015, soon after teaching herself to use a sewing machine. The venue has provided her with a good experience.

“It was exciting,” said Baker about learning of Kaleidoscope. “It was a really awesome way to get your stuff out there, do something for yourself. It’s nice to have something for ourselves to do.”

Veronica Martin, a military spouse who specializes in cheesecake and turtle desserts, said there are many spouses with hidden talents, who might not have or know about a venue for their works. The store is a convenient locale for selling their items.

“It’s a great opportunity to open up your talents to the community,” Martin said about the venue. “It’s very unique.”

Jacobi expressed she has noticed a positive influence on the store’s participating spouses.

“I’ve had a lot of consignors say it’s actually changed their experiences here at Fort Irwin – it’s changed the way they feel about themselves,” Jacobi said. “They realize they can go and run a successful business and it doesn’t require a whole lot of money – it just requires a whole lot of energy. And it requires a good team.” 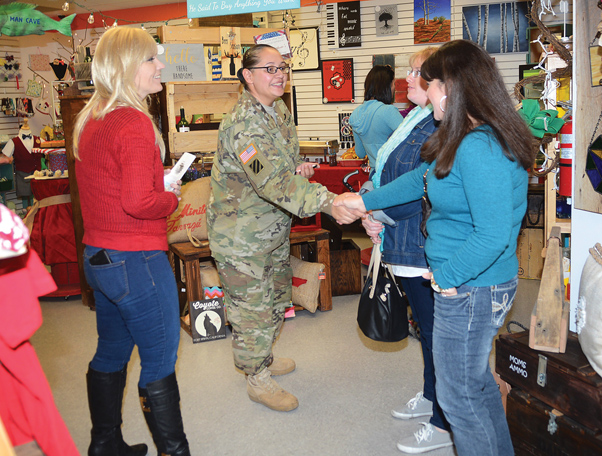 Staff Sgt. Erendira Cortez shakes hands with ladies attending the open house at Kaleidoscope here, Jan. 29. Cortez hosts a female mentorship group with United States Army Medical Department Activity, which was invited to the open house. The group meets and visits a facility once a month to provide networking opportunities for its members. 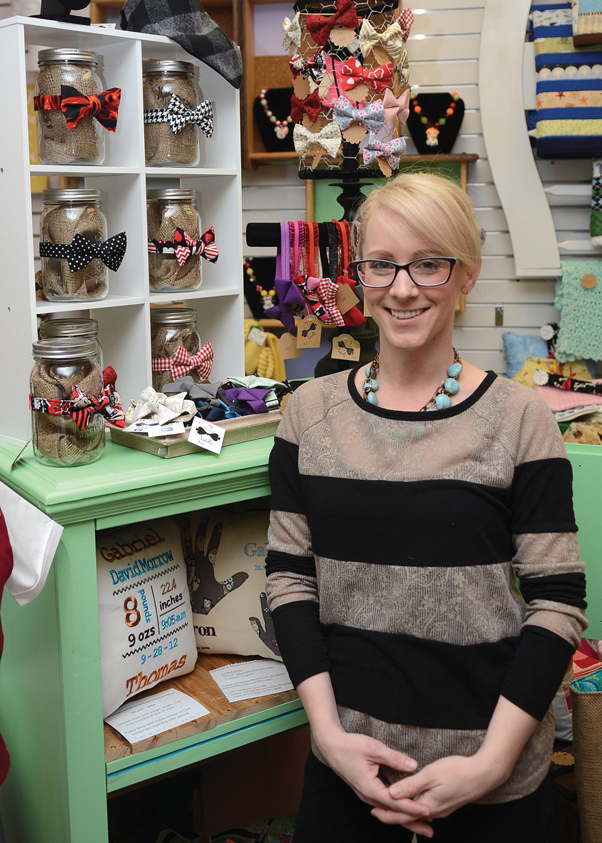 Megan Baker, a military spouse here, specializes in making bow ties for children. She started consigning at Kaleidoscope in October 2015, soon after teaching herself to use a sewing machine. 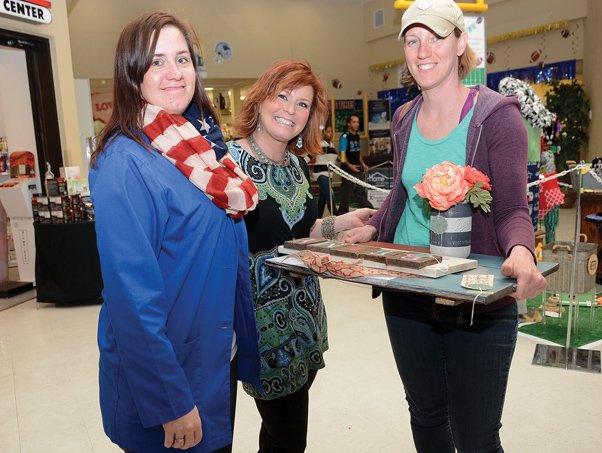