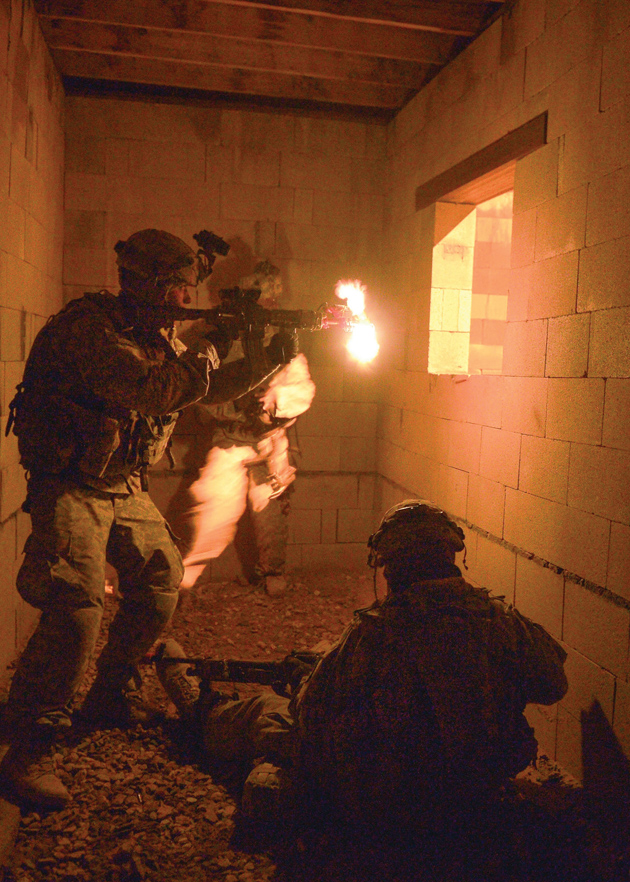 “Train as you fight” is a common phrase uttered among Soldiers.

It’s a phrase that alludes to the training mentality to be prepared to deploy in a moment’s notice, and that’s exactly what the 3rd Cavalry Regiment did here at the National Training Center – they trained for an upcoming deployment.

“NTC provides that ability to face a uniformed enemy element with the same capabilities as us, so we can fully prepare for any mission or deployment we may encounter,” said Maj. Frank Hooker, regimental executive officer.

More than 6,000 Soldiers and government employees deployed in support of the Brave Rifles’ mission.

“The reason we bring all of these elements here [to NTC] is for the training value,” Hooker said. “We wouldn’t necessarily have these assets organic to ourselves, but we would have them when we deploy.”

Each unit that undergoes training at NTC is given a scenario. Brave Rifles’ scenario was they were deployed to a fictional country, Atropia, to assist its citizens from an enemy force, the Donovians.

In the scenario, the fictional country of Donovia wants to dissolve the sovereignty of Atropia though the use of propaganda and militia forces, with the 11th Armored Cavalry Regiment playing the opposing “enemy” force.

“Generally, we have the same assets that the unit receiving the training has in order to simulate force-on-force; it helps to add a realistic feel to training,” said Capt. Joseph Barnes, a planner with 11th ACR.

Unlike many previous NTC rotations that focused on counterinsurgency, this rotation was a decisive action mission.

“If we can successfully accomplish a DA rotation at NTC, we are better prepared to fight a COIN mission as well,” added Hooker.

So, what exactly is a DA mission like at the NTC and how does it differ from a COIN mission training?

The Brave Rifles strategically placed a conglomerate of combat assets in a “new” environment to solve tactical problems from threats across the Army’s operational environment, versus training based on well-known deployment locations.

The DA training mission here was in accordance with the unified land operations doctrine, which focuses on combined-arms maneuvers and the ability to provide attack, secure and end conflicts, said Barnes.

Rotation 16-04 operated in four phases with a two-day live fire event for the artillery assets as the culminating event.

“Without a shadow of a doubt, we are ready for whatever mission that we deploy to, because of the training we received at NTC,” Hooker said. 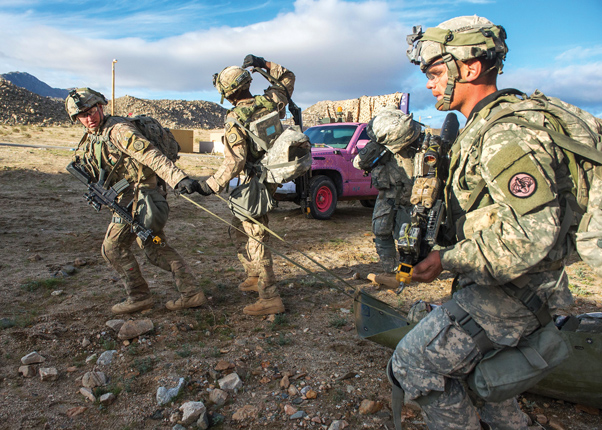 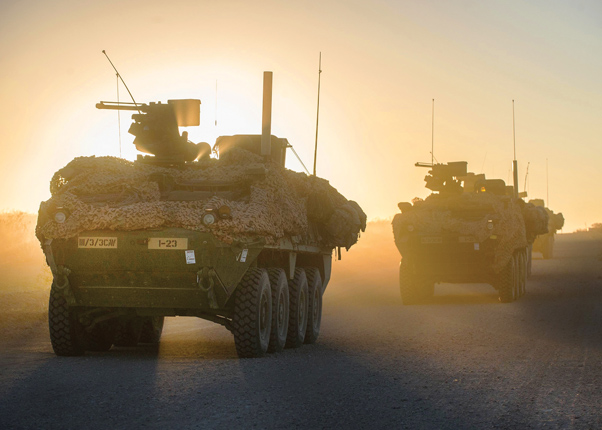 Strykers with 3rd Cavalry Regiment halt during a convoy movement in the training area here, Feb. 12.