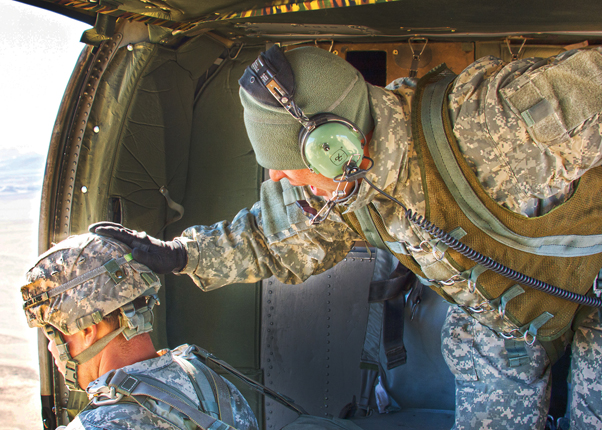 Senior light task force trainer for the Tarantula Team, Lt. Col. Brian Harthon, explained the jump was unique, and occasionally they jump from rotary wing aircraft in order to maintain their proficiency as jumpmasters.

“The majority of these airborne operations are performed jumping from high performance, fixed-winged aircraft (C-17 or C-130),” said Harthorn. 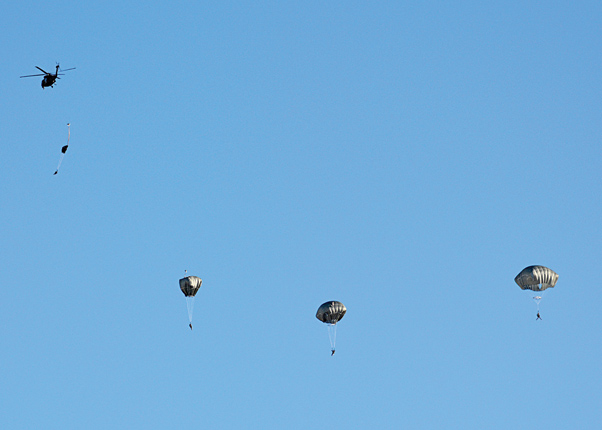 Soldiers with Tarantula Team, Operations Group, conducted a currency jump in order to continue providing invaluable observation, control and readiness training for thousands of Soldiers at the National Training Center. 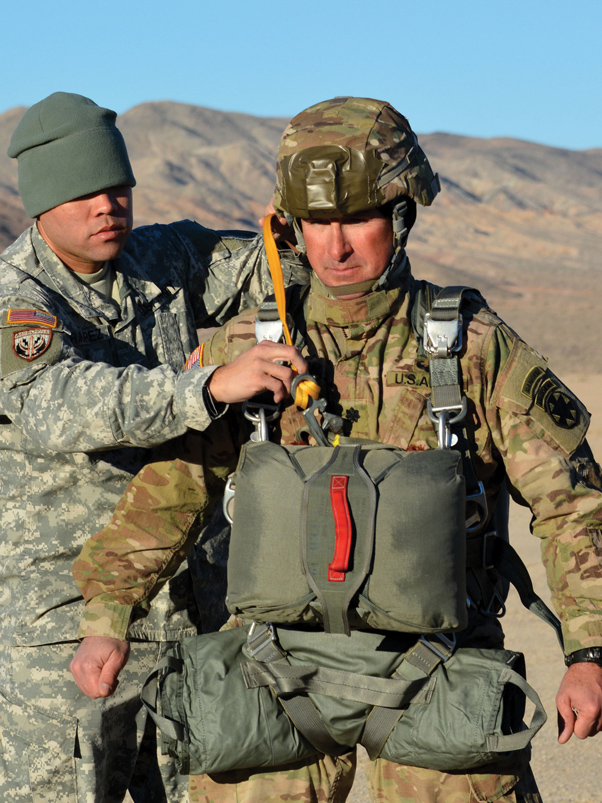 Sgt. 1st Class Jun Ramirez, jumpmaster with the 416th Civil Affairs Battalion, tucks the static line underneath the reserve harness of Lt. Col. Brian Harthorn, of Tarantula Team, Operations Group. That procedure also indicates a Soldier has been inspected by a jumpmaster. 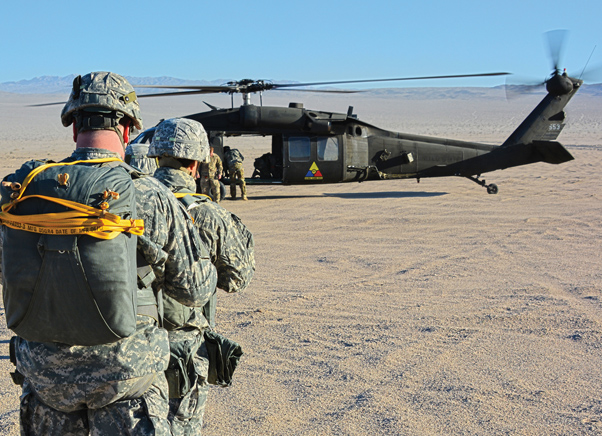 Six Soldiers with Tarantula Team, Operations Group, make their way to an idling UH-60 aircraft. They have been inspected by a jumpmaster and now are ready to jump.