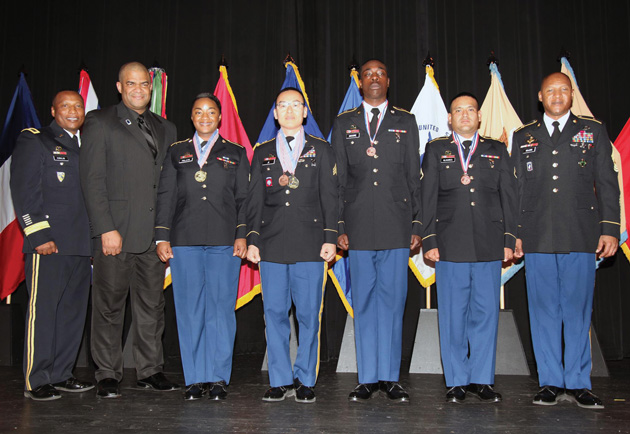 Sgt. Dae Kun Ji and Spc. April Pelayo won gold in the cake decorating category and were the only Soldiers who participated in the live cake demonstration.

Ji and Pfc. Jose Olivares received silver medals for their work in the nutrition challenge.

The three commendable awards were for events such as patisserie/confectionery, contemporary hot food, live action show piece and the nutrition hot food challenge.

The event is the largest culinary arts competition in North America and was hosted by the American Culinary Federation. The MCACTE promotes growth in the culinary profession with special attention to the tenets of modern culinary development, ability, practicality, nutrition, workmanship, economy, presentation, creativity and concept. This year’s event boasted 16 different military installation teams, two international teams from France and Great Britain, 243 competitors, and 530 individual entries.

This was the first time in more than 10 years that Fort Irwin had representation at the annual competition.

May 3-9 is Public Service Recognition Week