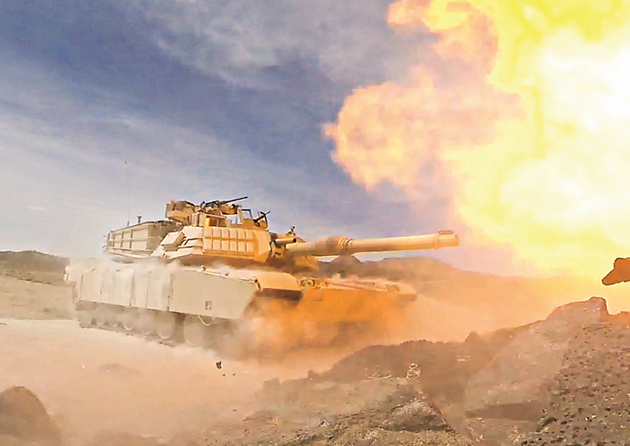 A M1 Abrams main battle tank from C Troop, 1st Squadron, 11th Armored Cavalry Regiment, fires during preparation here for the 2016 Sullivan Cup Precision Gunnery Competition hosted by the Maneuver Center of Excellence at Fort Benning, Ga., May 2-6. Each active component army division is invited to send one tank crew for every armored brigade combat team in its organization to compete; the 11th ACR is invited to send one crew.