Torrance, CA — The City of Torrance paid tribute to the five branches of the military during the 57th Annual Torrance Armed Forces Days Celebration, May 20-22. This year the honored service was the U.S. Army.

Actor, Director and Producer, Joe Mantegna served as the Honorary Grand Marshal. Mantegna has over 200 appearances in films and television. He is best known for his role as Joey Zasa in the Godfather Part III.

New this year was the Louis “Louie” Zamperini 5k Memorial Run, which started the Saturday activities.

The run was held in honor of Zamperini, an Olympic Athlete known as the Torrance Tornado, who competed in the 1936 Summer Games in Berlin. Zamperini would later be commissioned in the U.S. Army Air Forces and serve as a bombardier on a B-24 Liberator. He was captured by the Japanese after being adrift for 47 days in World War II. His plane suffered dual engine failure and went down over the ocean. The story of his life is the subject of a book and 2014 Movie “Unbroken: A World War II Story of Survival, Resilience, and Redemption.”

This year’s parade featured a performance from the U.S. Army Drill Team, part of the Army’s 3rd Infantry Division the “Old Guard.”

The celebration began on May 20 with the opening of displays from various branches of Military Services at the Del Amo Fashion Plaza. 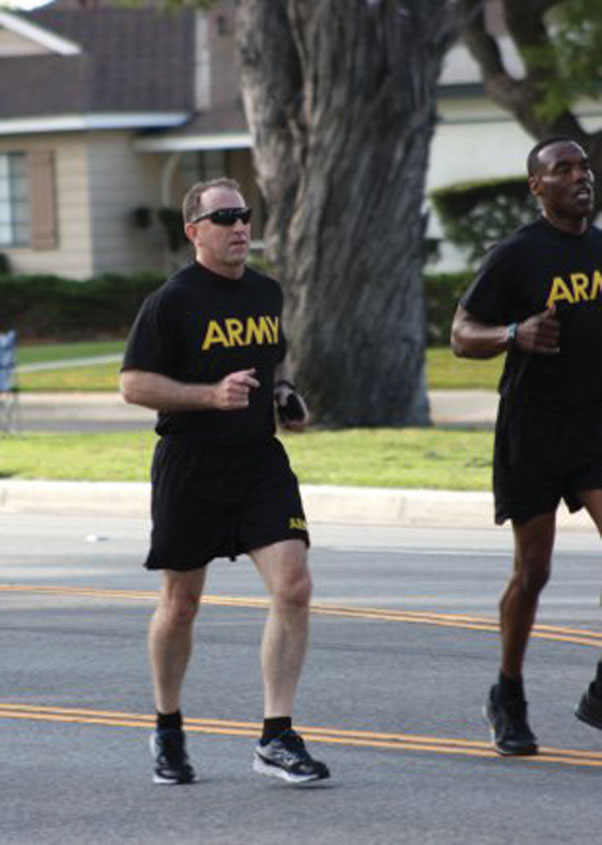 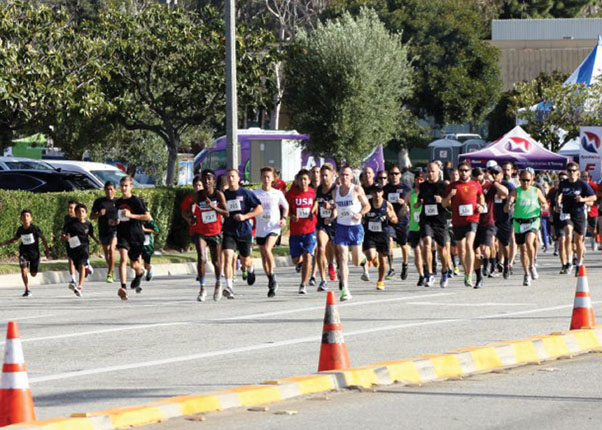 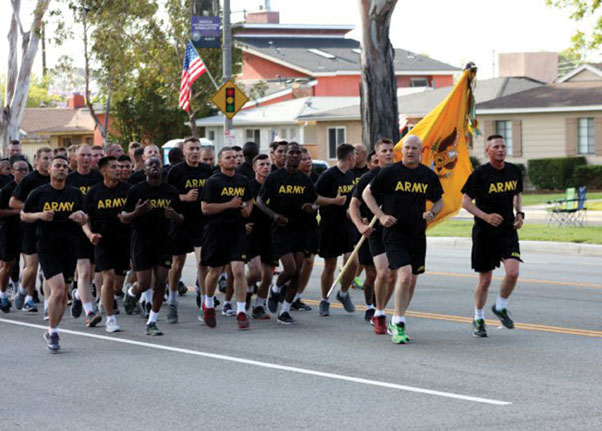 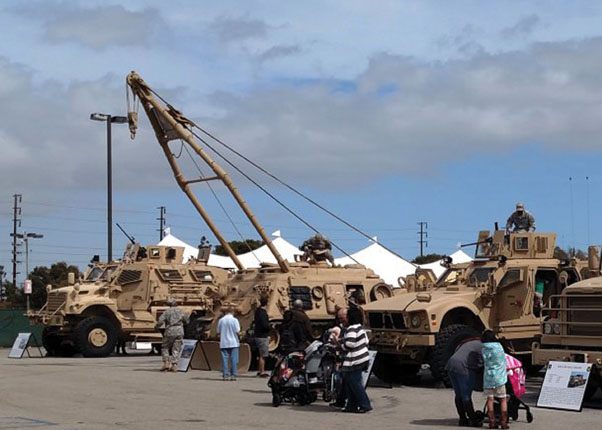 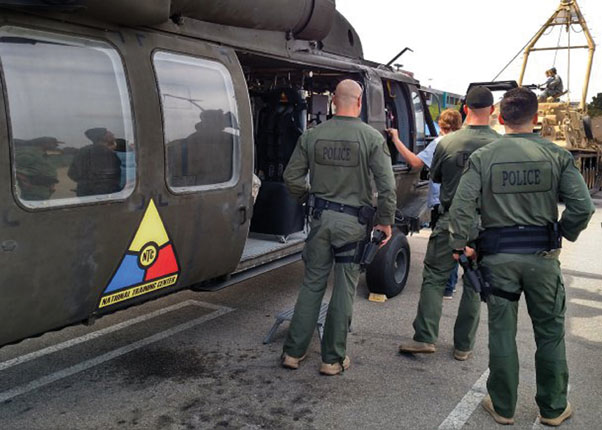 Officers from the Torrance Police Department check out an AH-64 helicopter from the 916th Support Bde, Fort Irwin, Ca, in the display area at the 57th Torrance Armed Forces Days Celebration