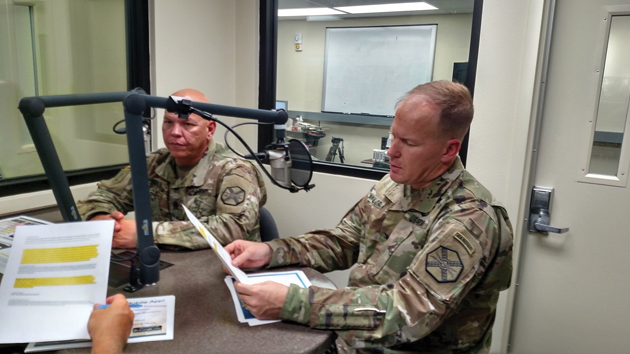 Fort Irwin, CA — The National Training Center and Fort Irwin garrison command team is a familiar visitor on the postís radio station, KNTC 88.5 FM, where, along with host Jason Miller, they take questions from the community every Wednesday at 2:30 p.m.

The community can now watch the live broadcast on Facebook Live and get near real time answers to their questions.

The first Facebook Live show aired on August 24th and was watched live by about 50 viewers. The Facebook post has now been seen by about 1300 viewers.

As a result of some of the comments received during the broadcast, the next Facebook Live broadcast will be the Community Town Hall scheduled for September 13th at 10:00 a.m.