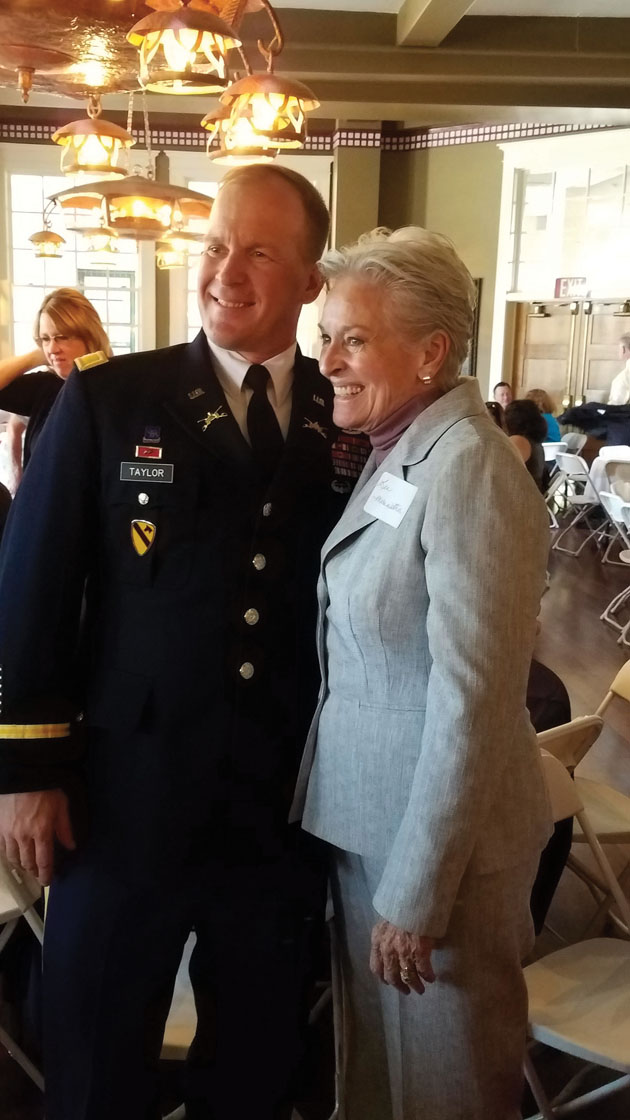 The historic Harvey House in Barstow served as the location that many would say was an “out of this world” experience as the Science on a Sphere exhibit officially opened. On hand to kick-off the event were dignitaries from NASA, Deep Space Network and Jet Propulsion Laboratory, the High Desert and a handful of stars from Star Trek. Col. Scott Taylor, Garrison Commander for the National Training Center and Ft. Irwin was also on hand.

“I think it’s fitting we are here in a museum that recognizes the first machines,” Pete Vrotsos who is with NASA’s Space Communications and Navigation. He described how NASA is preparing for the long journey to Mars.

Ann Devereaux, lead systems engineer for Mars 2020 said the Science on a Sphere being displayed at the Harvey House will be a great opportunity for children.

“Can you imagine some school kid coming to see the Science on a Sphere and be inspired?” she asked. “That kid will grow up and be the one that establishes that Harvey House on Mars.”

The Science on a Sphere exhibit is a six-foot spherical display developed by the U.S. National Oceanic and Atmospheric Administration that utilizes computers and four video projectors to show planetary processes that are otherwise difficult to imagine on flat surfaces. Such processes include global effects of climate change, tsunami wave propagation, temperature of cosmic background radiation, and changing surface features on Mars.

The exhibit will be open from 9 am to 5 pm with the last preview in the east ballroom starting at 4 pm. Cost for admission is $10 for adults, $7 for military and seniors and $5 for students. They also have a group rate of $5 per person with a minimum group size of 1o people.

For more information contact Margaret Carter at mcarter@barstowca.org or (76)557-5109. You can also visit www.barstowcity.org.