Twenty of the top extreme athletes visited the National Training Center and Fort Irwin to visit with the Fort Irwin community after they completed “Operation Desert Run,” an off road trek from the NTC to Las Vegas and back.

The off road run was for Fox Sports Channel’s program “Destination Polaris” which will air early next year.

The athletes departed the NTC in the early morning hours, after a brief photo op at the Painted Rocks. They drove through the training area and headed to Dumont Dunes Off Road Area in Polaris RzR off-road vehicles. After spending the night in Las Vegas, they made the return trip, arriving at the Landmark Inn just after sundown.

In the morning the athletes were greeted by the Soldiers of the 11th Armored Cavalry Regiment, who led the group in a little early morning physical training. After a hearty breakfast in the dining facility, the group got a little taste of life as a US Army Soldier.

The athletes were fitted with the proper personal protective equipment and taught how the infantry clears buildings of enemy fighters.

The multi day event finished off Thursday, when the  athletes treated the Fort Irwin community to free off-road rides in Polaris RzR vehicles and an autograph signing party with free food and giveaways. 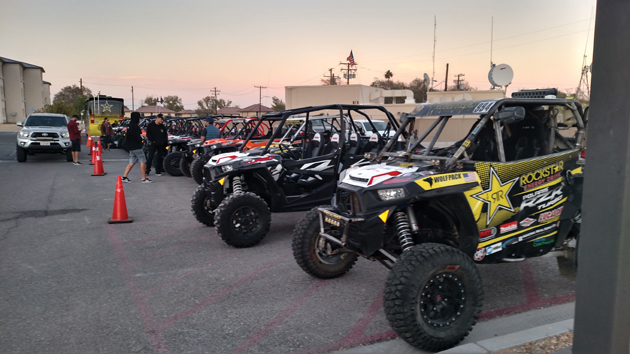 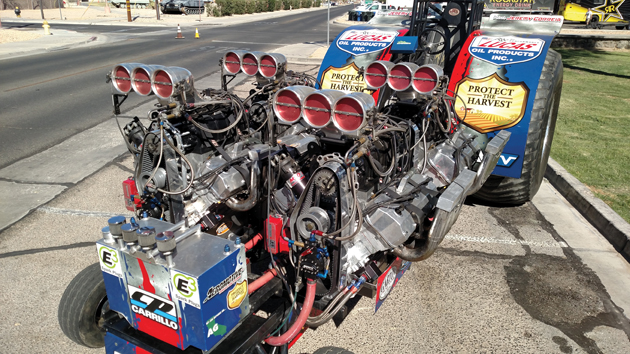 One of the extreme vehicles on display 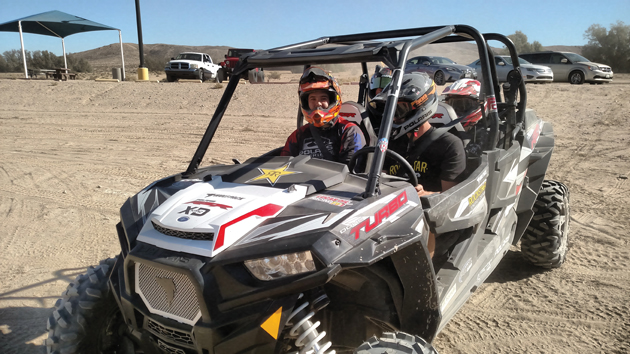 After completing the run to Las Vegas, the athletes hosted the Fort Irwin community to ride-a-longs in Polaris RzR off-road vehicles. 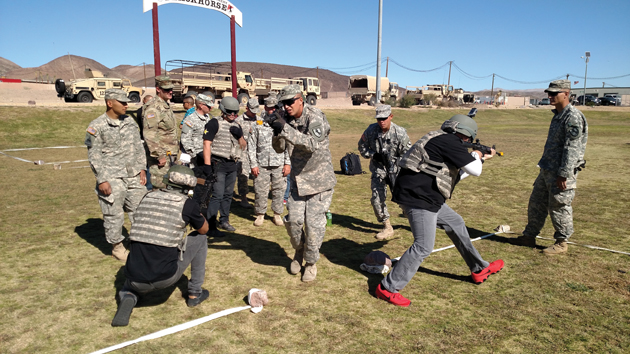 Soldiers from the 11th Armored Cavalry Regiment instruct extreme athlete in infantry tactics as part of an immersion experience to give the athletes a taste of Army life. 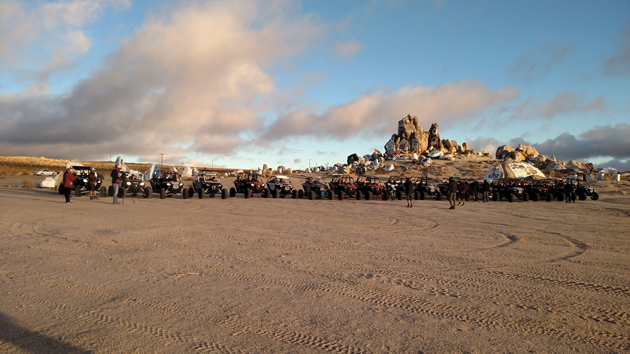