Armor offers reliable protection against external forces, but what if the enemy is so small that it can take aircraft down from the inside?

Sand and dust can significantly damage helicopter engines, which is why scientists and engineers at the Army Research Laboratory are experimenting with coatings in high-temperature environments with the goal of creating something — anything — that will cause sand to slide off the inside of a turbine engine the way an egg slides off a nonstick skillet.

“We are going through a very methodical process to understand the underpinning science and then use the science to predict the materials, what we call the engineered or tailored materials, that will lead to the right solution,” explained Dr. Anindya Ghoshal, chief scientist for the laboratory’s Vehicle Technology Directorate.

Ghoshal leads the Army’s efforts to develop what he calls “sandphobic” coatings. In regions like Southwest Asia, he said, Army forces frequently must contend with brown-out conditions, during which sand particulates and other dust particulates are ingested into the engines.

“Our goal is to have the particles strike the blades or vanes [inside a gas turbine engine] and then flake off,” he said. “When we started looking into this problem, we found … we want to understand the physical, chemical behavior. Once we can do that, then our idea is to take that model and then predict the type of material that would enable us to develop this sandphobic coating.”

Helicopters already have filtration systems that attempt to filter out larger particles, but Ghoshal said micron-sized particles can pass through the turbine’s combustor and adhere to the blades. This chokes the airflow and can lead to engine loss. 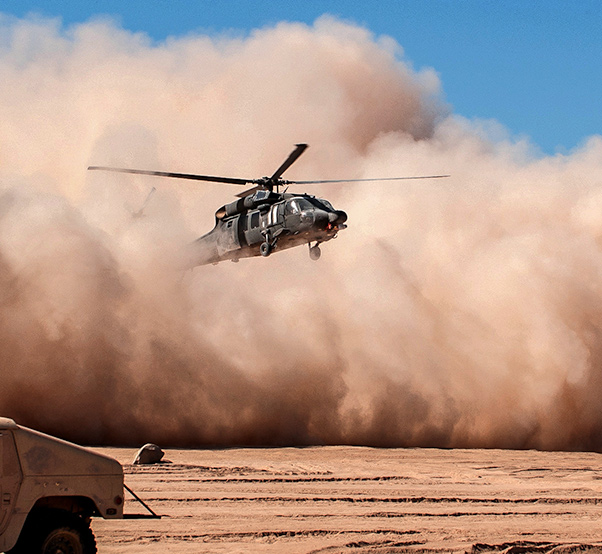 “We have a unique rig here,” said Dr. Michael Walock, a physicist on the sandphobic coatings team. “The hot particulate ingestion rig allows us to shoot sand into the hot-gas flow at small level components and rapidly prototype new coating materials. With this system we’ve done a world-first. We used high-speed imaging to confirm the molten state of the sand particles impacting onto these thermal barrier coatings.”

“Computer modeling will play a big role in helping us to look at the interactions between particles and the surface,” said Dr. Muthuvel Murugan, acting team lead for the lab’s Turbomachinery Research Team. “The particles go through a phase change from solid to liquid and then they deposit onto the surface.”

At the Army’s Vehicle Research Laboratory, the team shot high-speed videos, revealing molten sand particles splattering on turbine blade material targets and then vaporizing — a first in the scientific community.

“Computer modeling of this multi-physics complex phenomena will allow us to understand the damage mechanisms,” Murugan said. 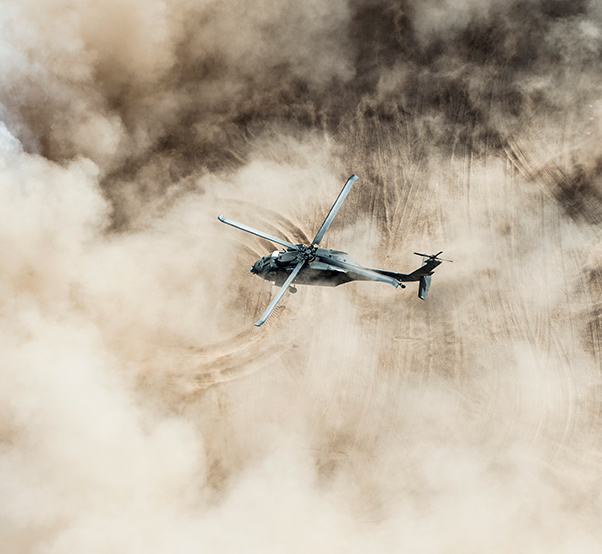 Besides the danger of low-visibility, sand and dust wreak havoc inside aircraft engines. As molten sand accumulates inside gas turbine engines, air flow is restricted caused loss of power. Army scientists and engineers are working to discover sandphobic coatings to save lives.

Murugan said they hope to use the power of supercomputers at the Department of Defense High Performance Computing Center also located at APG.

“We will use advanced computational fluid dynamics, together with particle ingestion, to better understand the interaction mechanisms of sand particles at a gas-turbine-engine-relevant high temperature,” he said. “When we simulate how particles go through the flow-field and impact and adhere to the surface, then we can understand the vulnerable parts of the turbine blade and engineer a sandphobic coatings solution.”

Sandphobic coatings research is part of a larger strategic effort the Army lab officials call the Science for Maneuver Campaign.

“With this campaign, we hope to discover, innovate and transition science and technology-enabled capabilities that will significantly increase the force effectiveness and global responsiveness of the Army,” said acting ARL Director Dr. Philip Perconti. “As we look to how we’re going to enable the Army of the future, we see a need to discover technology solutions that will result in improvements in aviation responsiveness and the minimization of vulnerabilities.”

Earlier this year, Ghoshal’s team received DOD funding through the Laboratory University Collaboration Initiative, or LUCI, which means $600,000 over three years in collaboration with a National Security Science and Engineering Faculty fellow. Ghoshal is teaming with Dr. Jian Luo at the University of California San Diego. 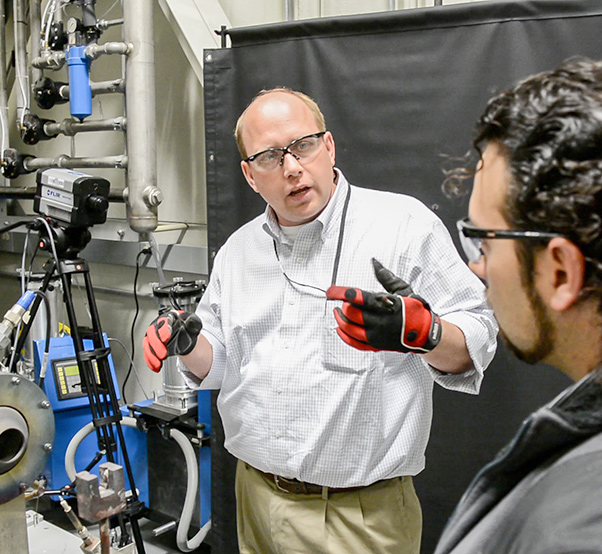 “There is a close collaboration going on within the community to solve this problem,” Ghoshal said.

New research from the team will also be published in the January 2017 Advances in Aircraft and Spacecraft Sciences, an international journal. 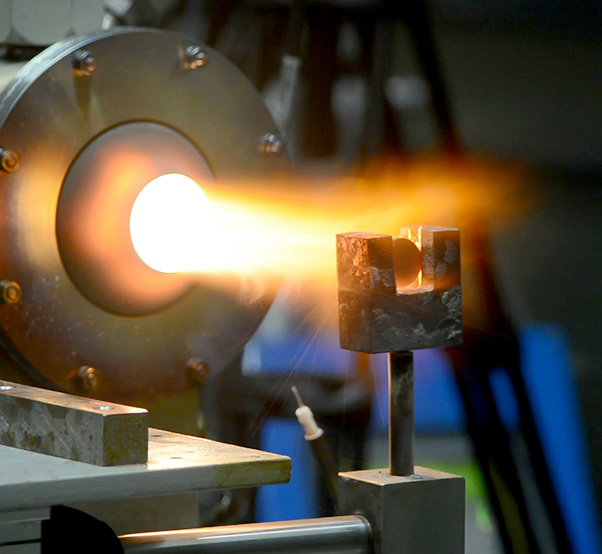 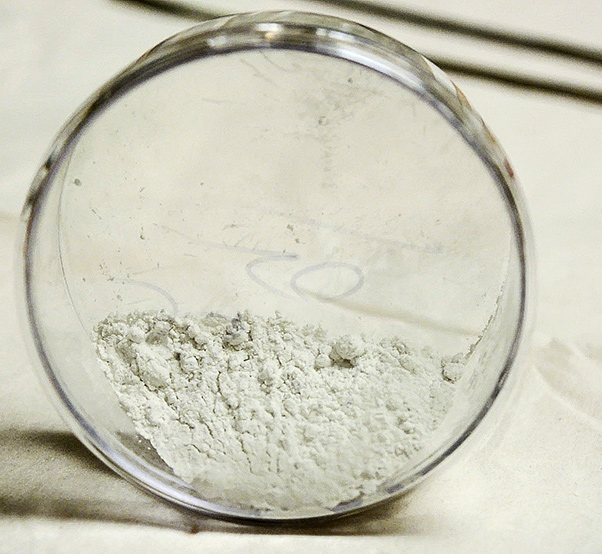 During brown-out conditions when a helicopter flies into a cloud of sand, micron-sized particles go through the turbine’s combustor and adhere to the blades of the engine restricting air flow and causing power loss. Army scientists use samples to discover a potential sandphobic coating for the inside of engines. 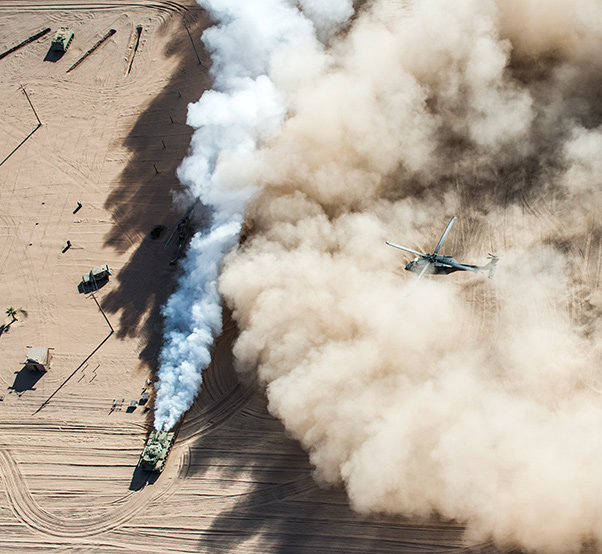