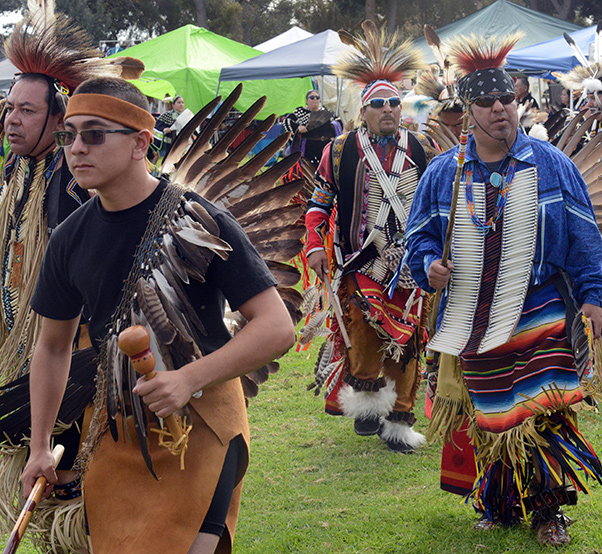 Once upon a time, the oak-tree-lined Los Angeles River meandered for 48 miles from Simi Hills to the Pacific Ocean. Native Tongva people collected acorns along the banks, fished for chinook and salmon and drank the water.

Today, the river that once ran free now courses through a massive concrete channel amidst the sprawling Los Angeles suburbs. The native fish are all gone.

Some of the Tongva people, along with other Native Americans, still live in the vicinity of the river, said Ted Tenorio, a Vietnam War Army veteran. Tenorio, who grew up in New Mexico, is a mix of Piro, Manso and Tiwa Indian.

Several years ago, the city of Los Angeles approved the Los Angeles River Revitalization Master Plan, which calls for the construction of bike trails as well as the “greening” of vacant city-owned barren lots along the river, he said.

One such lot of 47 acres sits beside the river in the LA suburb of South Gate. Tenorio and 29 other Native Americans who are members of the Native American Veterans Association, or NAVA, met with South Gate Mayor Willie De Witt and other city officials who approved their plan to develop the land. 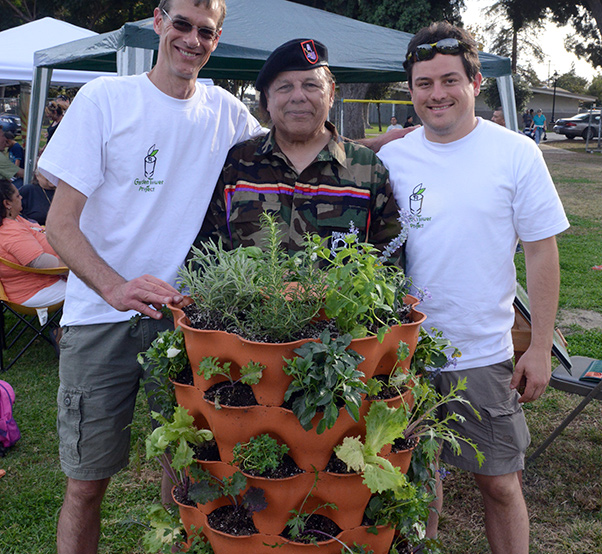 Ted Tenorio (center), president of the Native American Veterans Association, or NAVA, plans to populate some of the 47 acres the city of South Gate, Los Angeles has turned over to NAVA with garden towers like this one. This particular tower contains basil, rosemary, lettuce, chard, rosemary, oregano and several edible flowers including pansies, which Tenario said attract pollinators. With him are, on the left, Thomas Tlusty, communications manager for Garden Tower Project LLC, the company out of Bloomington, Indiana, which produces the towers and Joel Grant, the company’s development and technology manager.

The plan
Speaking at a NAVA powwow in South Gate, Nov. 13, Tenorio said he and the other NAVA members plan to begin developing the 47-acre lot within the next year. With the development, they’re aiming to achieve two ambitious goals for the community.

The first is to recreate a Native American healing village with sweat lodges and round houses for circle talking groups and vision quests. According to Tenorio, the vision quests will not be religious rituals, per se, and all people, not just Native Americans, will be welcomed to attend and reflect at no charge.

For veterans who struggle with emotional issues such as post-traumatic stress disorder, Tenorio believes, associating with others at the village will be healing.

The second is to grow crops that heal — edible flowers, herbs, and vegetables with known health benefits. South Gate and its surrounding areas are located in a food desert, where nutritious food is hard to find and the nearest places to buy food are places like 7-Eleven convenience stores, Tenorio said.

Tall, rotating garden towers are also planned. The towers will rotate so that sun-loving plants get the most sun, while the other plants tolerate semi-shade. 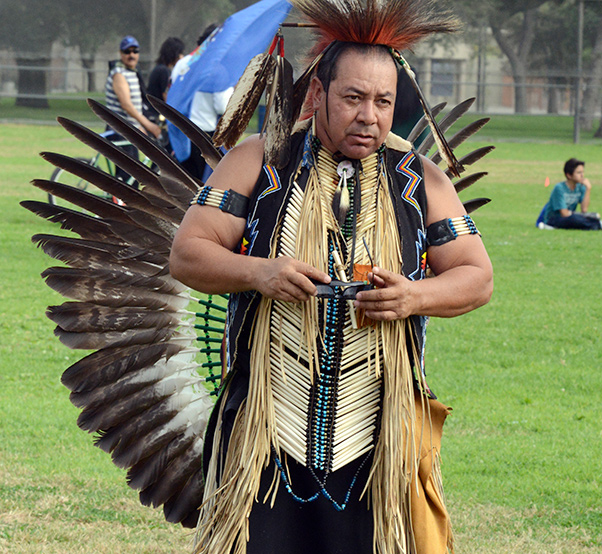 A self-contained watering system will reduce evaporation, and the water that drains through the soil will be collected in trays at the bottom and recycled to the top of the tower. Compost will periodically be added to the soil.

With California currently in the throes of a severe drought, Tenorio believes that this is the best way to sustain the land and produce more crops per acre.

The food they harvest will go to homeless and needy veterans and anything remaining will go to farmer’s markets, with the proceeds to be reinvested in the project, he said.

There will be no paid employees, he noted. The project will be staffed by volunteers, and people who have never farmed or gardened before will be welcomed there to learn and participate.

Some veterans, particularly women who have suffered abuse, Tenorio said, “will heal through the therapy of agriculture, seeing life being born again from seed to plant.”

Tenorio still remembers when he enlisted in the Army in 1967, when the hardest part of basic training for him was getting used to the food, which actually made him sick at first, because of all the processed ingredients. 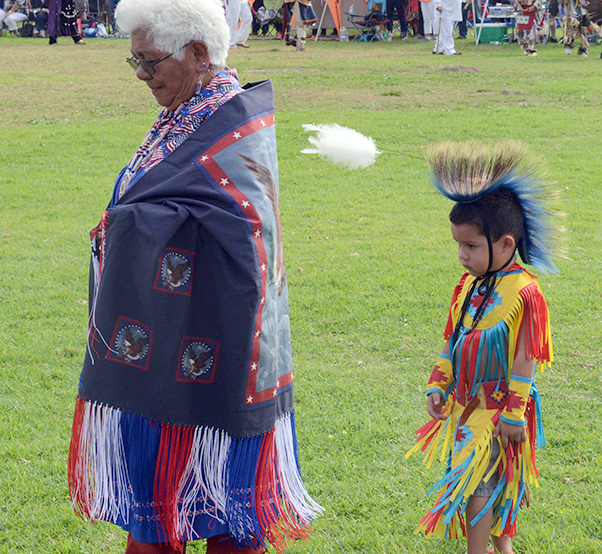 As a boy, he was raised on fresh Native-American staples like corn, squash and chili peppers, grown by his parents, who were poor, in their own garden.

Tenorio’s service
All of the NAVA veterans have stories to tell about their service in the armed forces, and all of them take great pride in their continued service as civilians in their communities.

Tenorio was a member of the 25th Infantry Division’s “Golden Dragons” in Vietnam from 1967 to 1968 in Tay Ninh, Vietnam, near Cambodia on the Ho Chi Minh trail. He was a radio operator who traveled around the country in an M-151 jeep. 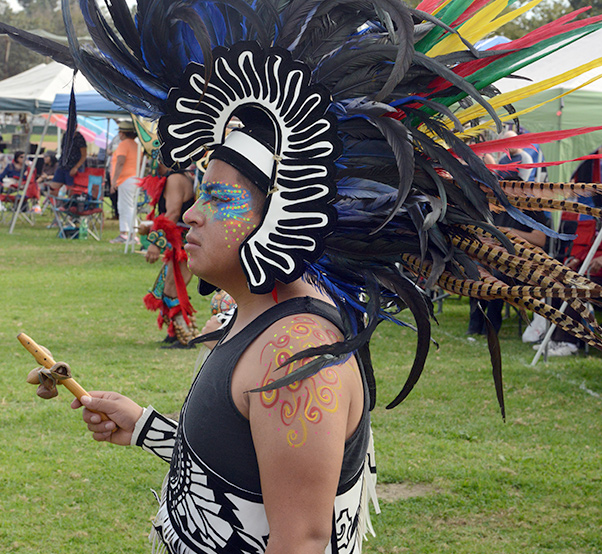 Tenorio got his baptism by fire at Operation Barking Sand in May 1967. He was twice wounded and left for dead, he said. Eventually, a backup team came upon him and medically evacuated him.

Tenorio had volunteered to enlist so that his older brother wouldn’t have to go to Vietnam. At the time, the policy was that, if one brother enlisted, the other wouldn’t be drafted.

He was single but his older brother was married, and his wife was pregnant. “It wouldn’t have been right for him to go,” Tenorio said.

Today, Tenorio is president of NAVA and is working as a Disabled Outreach Program specialist for the state of California in Los Angeles. 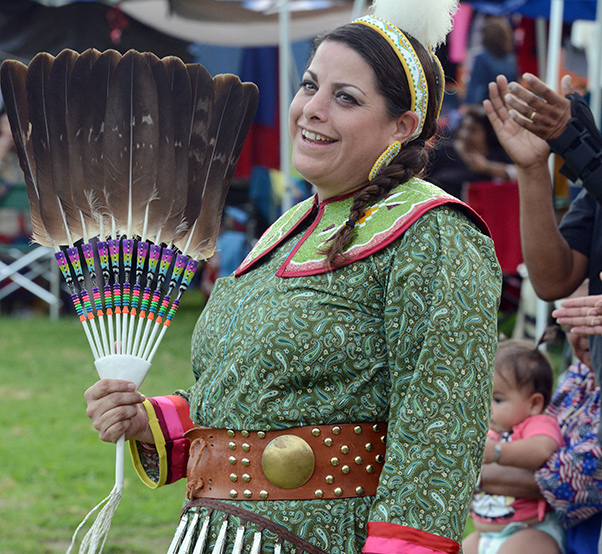