Soldiers and Commanders from all major units stationed at the National Training Center and Fort Irwin joined with members of several Southern California communities to honor the service of members of the Armed Forces during Veterans Day ceremonies on Friday Nov 11th.

In his remarks, Moore noted that, “The Army of today is a little bit different. It’s a different army and it’s a different world.…Technology have accelerated and multiplied the lethality on the modern battlefield.   We use robots. We use unmanned drones, satellite communications. We use hand-held computers, as well as rifles, tanks, infrantry fighting vehicles, helicopters, and missiles.

“Soldiers today need to constantly train, retrain, and learn new stuff in a more complex world, filled not only with a variety of the traditional threats we are used to, but a variety of non- traditional threats– modern armaments, terrorists, refugees, militias, political factions, governments of all types, and non-governmental organizations like the United Nations, and the Red Cross. They are all going to be present on the next battlefied.

“…And althought that battlefield has changed, we consistently honor the legacies of those who preceded us, in our unit histories, in our deep-seated and respected traditions. We say the soldiers of today stand on the shoulders of giants– those who have served before us.”

Moore concluded his remarks by saying, “And those Soldiers are a direct reflection of what’s best about America. What’s best about all of us.  In fact, those Soldiers are America. They are the heart, the soul and the spirt of the greatest Nation on the planet. Their commitment, dedication and service do not end when they take off that uniform for the last time. That transition is highlighted by the bestowment of a new title, a well earned title, the title that you have all earned, here, the title of “Veterans.” 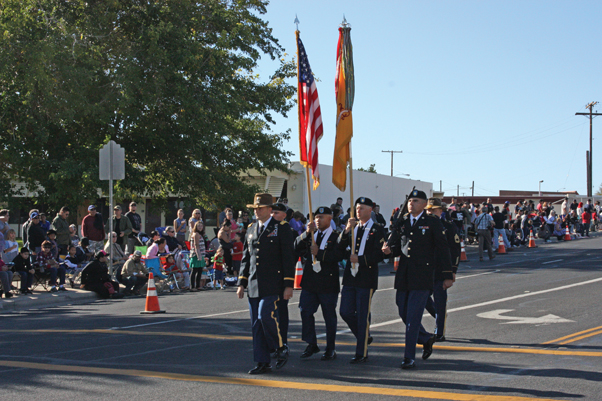 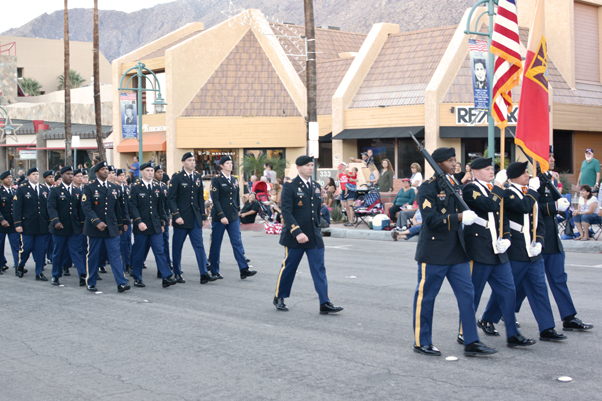 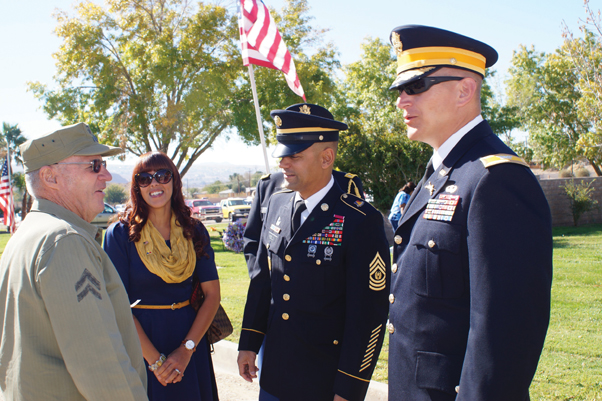 Col Mathew Moore visits with veterans at the memorial event at the Barstow Veterans Day Celebration. 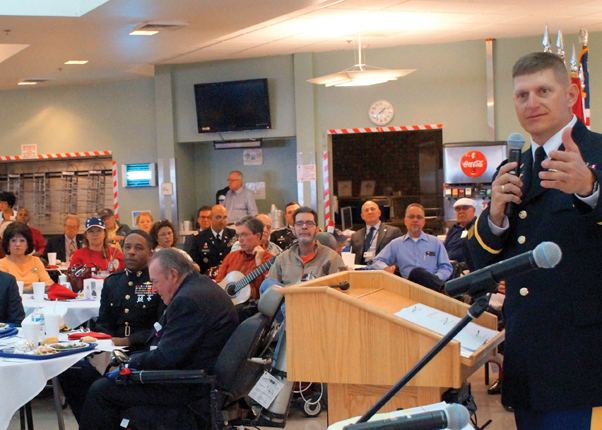