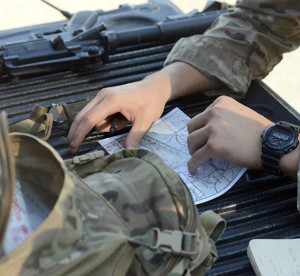 Soldiers charting a course for their eventual retirement should know they may be able to opt into a new system Jan. 1, 2018 that blends a traditional pension with the Thrift Savings Plan and the ability to collect a one-time continuation pay after eight to 12 years of service.

The blended retirement system, which was instituted by the 2017 National Defense Authorization Act, will take effect for all Soldiers joining the Army beginning Jan. 1, 2018, but some current service members will have the option to opt into the new system.

Soldiers with less than 12 years of active duty service and National Guard and Reserve members with less than 4,320 points will have until Dec. 31, 2018, to choose whether to remain in the current system or opt into the new one.

The new blended retirement system offers three options:
Option 1. A traditional defined-benefit plan. This will be the default plan for Soldiers currently in the Army.
Soldiers who forego the traditional plan option will receive:

Option 2. A 401K-type defined-contribution plan with a portable retirement account through the Thrift Savings Plan.

In addition to option 2, they can receive:
Option 3. A one-time continuation payment at the mid-career point.

Army News Service spoke with Col. Steven Hanson, Army G-1 Compensation and Entitlements Allowances branch chief, to get a rundown of each.

1. Defined-benefit plan
The defined pension benefit upon retirement is similar to the current system, Hanson said.

The current retirement system awards a pension of 2.5 percent of basic pay per year, multiplied by the number of years of service, for those serving 20 or more years, he explained. So someone with 20 years would receive 50 percent of base pay per year in retirement.

The new blended retirement system awards 2 percent per year. So that same Soldier serving 20 years would earn a pension of 40 percent of base pay.

Soldiers who already have 20 years in service are covered by the older plan, which awards 2.5 percent of basic pay per year.

At minimum, the amount will be 2.5 months of base pay for active duty and half a month’s basic pay for those in the Guard and Reserve.

A Soldier who accepts this one-time payment, known as continuation pay, must agree to serve for three additional years.

Decision making
When it comes to deciding whether or not to opt in or remain in the current system, Hanson said, each Soldier must consider his or her own unique circumstances. In about three weeks, the Army will put out a mandatory Joint Knowledge Online course to provide Soldiers with the information they need to decide what is best for them.

Should a Soldier require further guidance, they can receive additional help from counselors at Army Community Services or Army Emergency Relief.

Analysis
Overall, the implantation of the blended retirement system is good news for the vast majority of Soldiers, Hanson said.

It is widely recognized that Thrift Savings Plan is an excellent retirement plan, Hanson said, with benefits and low fees. Even after separating from the Army, Soldiers can keep contributing or roll it into some other plan like a 401K.

The other good news, he said, is that Soldiers currently serving are not being forced into a new plan.
“There’s no opting out,” he noted. “Only opting in.”