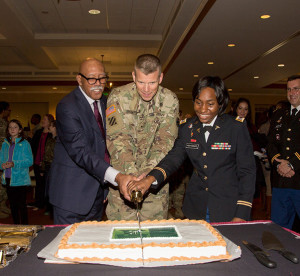 With the theme, “Remember! Celebrate! Act! A day On, Not A Day Off,” the event featured guest speaker Dr. Julian Earls and was hosted by The Fort Irwin EO/EEO office, Fort Irwin MEDDAC, Weed Army Medical Center, and the Mary Walker Clinic.

Dr. Martin Luther King’s birthday is honored on the third Monday in January, which, this year, falls on Jan. 16. President Ronald Reagan signed the holiday into law in 1983, and it was first observed three years later.