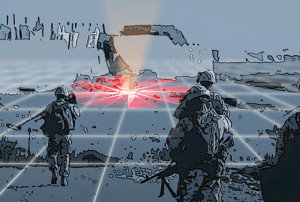 U.S. Army Training and Doctrine Command will take another step toward designing the future force as it conducts the latest iteration of the game-based experiment Unified Challenge Jan. 23 through Feb. 3.

Army Training and Doctrine Command will take another step toward designing the future force as it conducts the latest iteration of the game-based experiment Unified Challenge Jan. 23 through Feb. 3.

Led by TRADOC’s Army Capabilities Integration Center, Concept Development and Learning Directorate, Unified Challenge 17.1 will use collaboration between joint and multinational partners to explore the concepts of how the Army will fight in the future.

“TRADOC is tasked to design the future of the Army,” said Col. Wayne C. Grieme Jr., chief of ARCIC’s Joint and Army Experimentation Division. “This is an important step in a multiyear process in designing the next Army: identifying the concepts that will shape the organizations and equipment for the Army of 2030.”

The experiment, which will take place throughout Army and TRADOC battle labs across the United States, involves the participation of more than 120 players from active, Reserve and National Guard forces as well as participants from the Air Force, Marine Corps and the United Kingdom.

During Unified Challenge 17.1, participants will be organized into representational staff groups, where they will be given three future scenarios, or problem sets, to work through in an action-reaction-counteraction wargame.

“You’ll be given a problem and you’ll be asked — using the organization that you’re representing and the tools that you would have in the future — how would you solve it, and could you solve it? And we wargame that out,” Grieme said.

Using their skill sets and experience, participants will discuss potential solutions to future problems. Working together, they will determine the concepts and capabilities needed to fight — and win — against future adversaries across the multiple domains of land, air, sea, space and cyber.

After the experiment, these ideas and solutions will be analyzed by a community of experts and analysts to determine what worked and what didn’t, Grieme said. This, in turn, will lead to recommendations to senior Army leaders on what needs to move forward into further concept development and then eventually into the future of the Army.

“We look for the best ideas for the future force, we evaluate them rigorously and then begin the efforts to design the Army against them,” he said.

Unified Challenge is one of the ways ARCIC continues to examine the requirements needed to build the force of the future, supporting the priorities set by the chief of staff of the Army.

“We will do what it takes to build an agile, adaptive Army of the future,” said Gen. Mark Milley, Army chief of staff, in his initial message to the Army. “Developing a lethal, professional and technically competent force requires an openness to new ideas and new ways of doing things in an increasingly complex world. We will change and adapt.”

The next iteration of Unified Challenge, 17.2, is a simulation-based experiment that’s scheduled to take place Sept. 6-22, 2017.