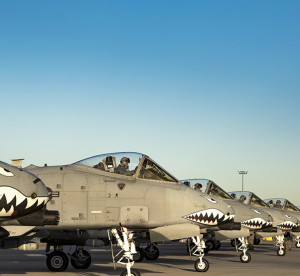 Seven A-10C Thunderbolt IIs from the 74th Fighter Squadron line up at the end of the runway for final preparations before takeoff during Green Flag-West 17-03, Jan. 24, 2017, at Nellis Air Force Base, Nev. The 74th FS brought 12 A-10s to GFW in support of a joint, large-force, combat readiness exercise for close air support integration training. 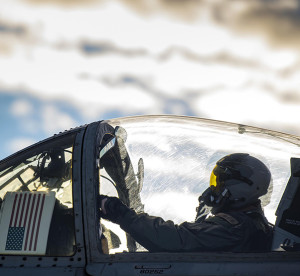