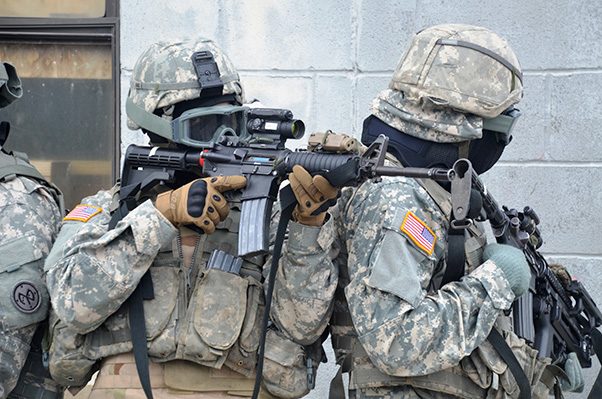 Unless the Army receives the funding it requires to match the authorized increased end-strength levels, Soldiers will arrive too late on the battlefield due to training and equipping gaps, said Gen. Daniel B. Allyn.

“The end result [would be] excessive casualties, both to innocent civilians and to our forces already forward-stationed to accomplish its mission,” said Allyn, the vice chief of staff of the Army.

Allyn and other service leaders testified Tuesday before a House Armed Services Committee hearing titled “The State of the Military.”

At this point in time, the Army is out-ranged, outgunned and outdated, the vice chief pointed out in written testimony.

The NDAA increased the active Army end strength from 460,000 to 476,000 and increased the Reserve component by another 12,000 Soldiers. Allyn pointed out that funding to properly train and equip those additional Soldiers was not authorized.

“Continuing resolutions deny the Army the opportunity to implement new programs,” he said. 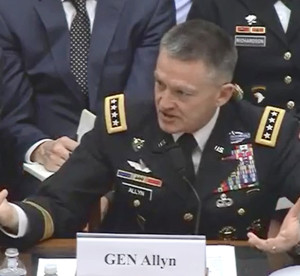 One example cited by Allyn was funding upgrades for the opposing forces at the combat training centers. As the Army identifies new tactics and capabilities of potential adversaries, he said, that should be reflected in OPFOR upgrades.

Allyn pointed out that he was in the operational forces when the BCA of 2011 went into effect. The result was that seven combat training center rotations were canceled.

“[That’s a] generation of leadership experience we’ll never get back,” he said. “We cannot go back there and do it to ourselves again; we’re still climbing out of that abyss.”

The enemy is moving “at light speed” on its offensive cyber capabilities, Allyn said. The best thing lawmakers can do is to authorize “funding flexibility” for cyber programs so operators can be more agile and responsive in both offensive and defensive cyber operations.

Regarding another round of Base Relocation and Closure, the Army is in favor of BRAC, he said, noting that there are 21 percent excess facilities on installations, costing billions of dollars to maintain that could otherwise contribute to readiness.

Responding to a question about stewardship, Allyn said the Army continues to be a reliable steward of the funding it receives. Only the highest priority equipment and systems are being funded. Also, he added, the Army is making good progress toward reaching full “auditability.”

These are challenging times for the nation and for the Army, Allyn said. Some 182,000 Soldiers are supporting combatant commanders in 140 locations worldwide, he said.

The strength of America’s all-volunteer force “truly remains in our Soldiers, trained, ready and inspired,” he said, adding that lawmakers must be similarly inspired to support them and prevent undertrained troops from going into harm’s way.