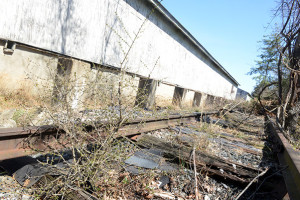 World War I-era unused structures dot a portion of Fort Meade, Maryland. Other installations have buildings dating to World War II that are falling apart. Army leaders urge lawmakers to consider another round of BRAC.

About 22 percent of installation facilities across the Army are excess, according to J. Randall Robinson, acting assistant secretary of the Army for Installations, Energy and Environment.

That means they’re not needed, yet by law they must be maintained to the tune of $500 million a year, he said.

Robinson and others spoke here March 23 at the Association of the United States Army Institute of Land Warfare-sponsored “Army Installation Management” Hot Topic.

Lt. Gen. Gwen Bingham, assistant chief of staff for Installation Management, said that about 33,000 facilities across the Army are in poor or failing conditions and that it would take about $10.8 billion to get them up to good or adequate condition, money the Army doesn’t have.

She added that the 22 percent excess facilities cited by Robinson total 161 million square feet of excess capacity in facilities across the Army.

The solution, she said, is to shut these facilities down. But to do that would require a new round of base realignment and closure, or BRAC, something she and other Army senior leaders favor.

Robinson added that a new BRAC round would allow the Army to consolidate units, functions and activities in a more logical fashion “like defragging a hard drive.”

Each past round of BRAC, he said, has reduced excess capacity 4 to 5 percent across the board. Total Army-wide savings from BRAC rounds amounts to some $2 billion a year. 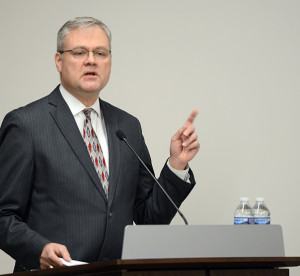 Bingham said dollars saved from BRAC could be invested in facilities needed in the future as missions change or grow. She cited as examples cyber facilities recently built or being built on Fort Meade, Md. Fort Gordon, Ga., Fort Belvoir, Va., and the U.S. Military Academy at West Point, N.Y.

Fred Meurer, a consultant, Booz Allen Hamilton, said he didn’t disagree about a new BRAC round, but cautioned that a lot of thought should be put into what is thought to be excess.

When he was the manager of the city of Monterey, Calif., he said, the city had a district called Cannery Row, which was filled with defunct sardine factories. He said the city got creative and developed the facilities into restaurants, hotels and tourist attractions.

Fort Ord, adjacent to Monterey, had excess too, including an underutilized child care center and a parade field that needed to be rebuilt, but the Army didn’t have money. On the other hand, he said Monterey had the money but no land, so the post and the city formed a partnership.

The city refurbished the child care center, opening it up to civilian kids as well as military children and the city upgraded the parade field and added three ballparks, with the understanding that kids from the community could use the ballparks, along with the military kids. 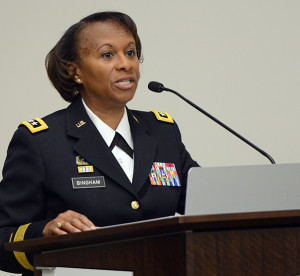 It was a win-win for the post and the community, he said.

So before consigning space and facilities as excess or liabilities, consider that they might be assets, he advised. It takes some creative out-of-the-box thinking to do that, he added.

Also, before shuttering installations and facilities, keep in mind that 15 years from now, the Army could add 15 more combat brigades. “You’d better have a place for them to live if that happens.”

In sum, he recommended a BRAC “based on analysis and not opinion.”