“The 198th Infantry Brigade transforms civilians into disciplined infantrymen who embody the Warrior Ethos in order to support an Army at war,” said Capt. Seth Davis, commander of Alpha Company. “That covers more than 30 individual and collective training events to include fundamental skills, leadership, and physical conditioning.”

“We are in the third step of the chief of staff of the Army’s Soldier 2020 initiative, which started with leaders first,” said Col. Kelley Kendrick, commander of the 198th Infantry Brigade. “We currently have female Infantry company commanders, platoon leaders and noncommissioned officers in our formations who have preceded the privates. We have now produced the Soldiers to join those formations.” 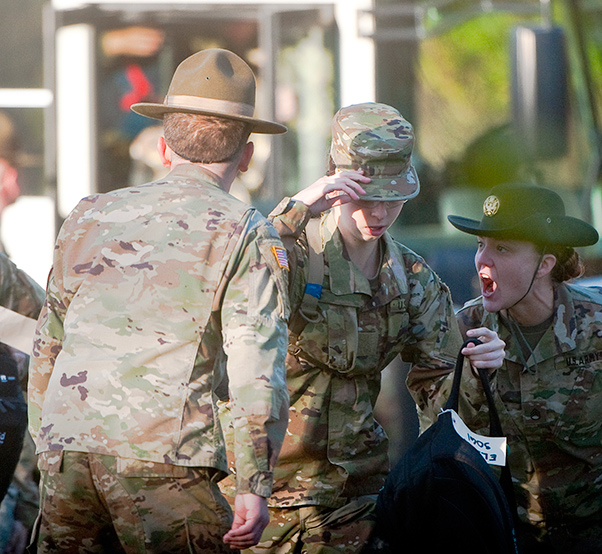 None of the training standards changed as a result of gender-integration, emphasized brigade and battalion leaders.

“The standards remained the same from previous classes,” said Command Sgt. Maj. Tyrus Taylor, command sergeant major for the 1st Battalion, 19th Infantry Regiment. “Gender integration didn’t add or take from what has been established here in 1-19. Male and female trainees all had to pass the same significant requirements to graduate.”

Prospective Infantry soldiers in Alpha Company still had to throw a hand grenade 35 meters, shoot a minimum of 23 out of 40 targets to qualify on their weapons, navigate 12-miles with 68-pounds of total weight on their body, pass the physical fitness test, and run five miles in 45-minutes or less.

“The standards are still the standards, said Lt. Col. Sam Edwards, commander of 1st Battalion, 19th Infantry Regiment. “Everyone, no matter their gender, must achieve all the standards to become an Infantryman… nothing changed except the gender of a few of the trainees.”

Choosing OSUT
The trainees had their own reasons for joining the Infantry.

“I like the idea of having higher physical and mental standards”, said one female U.S. Army Infantry Soldier-in-training. “It’s the most challenging part in the Army … you don’t get closer than that, we are the fight.”

But for some recruits, it was about family ties and patriotism.

“Just to serve my country, it’s a family tradition,” said another female Infantry soldier-in-training. “My dad always preached loyalty to your country.” 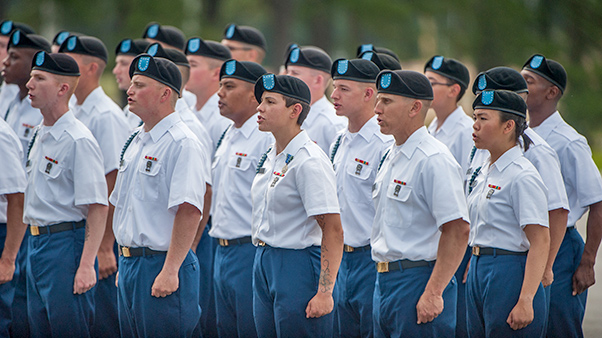 OSUT is now complete for these 137 new soldiers. It’s time to put the training to use.

“I’m very proud of these Soldiers, both men and women, for meeting all the standards required to be a United States Army Infantryman,” said Edwards. “They are a true symbol of American resolve and patriotism. I wish them all the very best as they embark upon their new profession.”

The 198th Infantry Brigade transforms civilians into disciplined Infantrymen who embody the warrior ethos in order to support an Army at war. The drill sergeants are responsible for the conduct and execution of training, leadership, discipline, physical conditioning, and welfare of the trainees during their OSUT; they serve as the company subject matter experts on all tasks associated with training management, the program of instruction, and lesson plans for more than 33 individual and collective training events during a 14-week OSUT cycle.

Additionally, they advise the commander and first sergeant on all matters to include planning, resourcing and execution of all training events. The Infantryman bears the insignia of the cross-rifles and wears the distinctive blue cord on their Army Service Uniform. 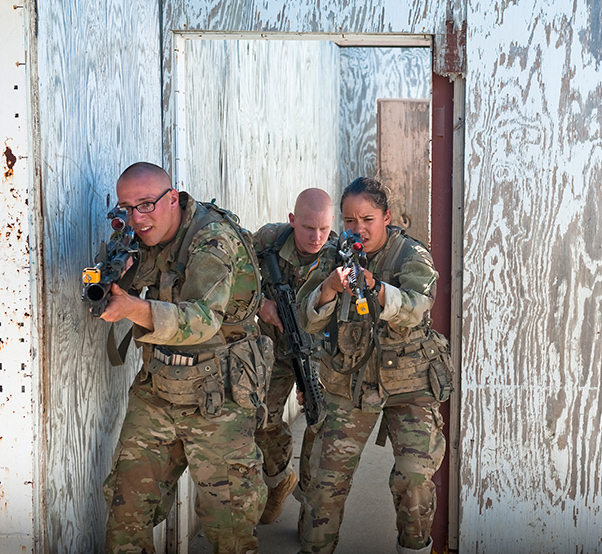