This was the fifth iteration of the workshop, which started September of 2016 and focuses on real world vertical construction applications, teaching engineers how to implement various construction methods with very little materials and sometimes no plans to build from.

Both Active and Reserve Component Engineers were broken down into two teams and their military occupational specialties ranged from electricians to combat engineers. 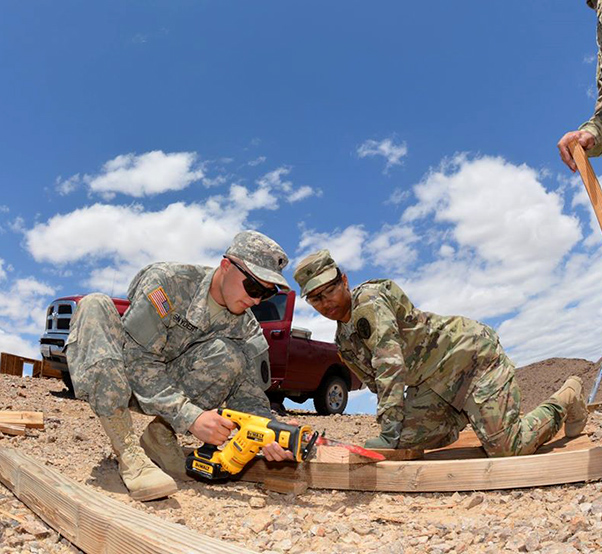 The teams created window shutters and made roof repairs on two of the three structures at a combat outpost. One building was completely damaged by the constant high winds, so the students salvaged those materials to use on the other buildings.

“Normally when I’m out in the training area, I’m putting up obstacles like concertina wire and minefields, or breaching obstacles placed by the rotational units,” said PV2 Tyler McKinney, Combat Engineer, 58th Combat Engineer Company “But when we do go down range, nobody asks what kind of engineer you are, they just know they want six guard towers built, so this class really helps diversify you, giving you more tools in your tool box.”

The expeditionary construction workshop emerged after Gimm noticed a disproportionate ratio of horizontal construction projects at Fort Irwin, such as building roads and pushing earth, compared to vertical construction missions that focus more on carpentry skills.

Aiding in the concept development were Gimm’s experiences leading vertical construction missions in Iraq and Afghanistan, which gave him insight on the challenges of austere construction. 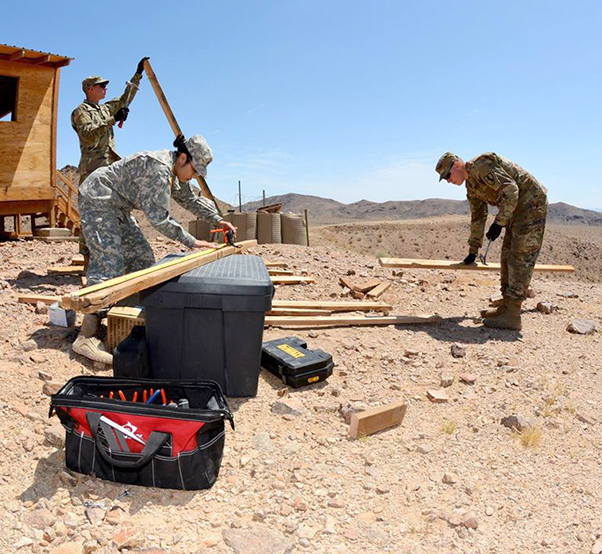 The teams created window shutters and made roof repairs on two of the three structures.

“What the Army teaches at the school house is very clean, which is a good way to teach new Soldiers just coming into the engineer world,” said Gimm “However, there is a big difference between that environment and an austere environment. Your plans could be hand-drawn and sketched on a napkin and the materials you have could be in bad shape.”

On the last day of the workshop, students made their way to Brigade Hill, where they conducted a reconnaissance and damage assessment on a mosque that had suffered wind damage. The assessment will serve as the starting point for the structure repair class during the next iteration of the expeditionary construction workshop.

“The engineer branch is one of the most diverse branches in the Army. We build stuff, we don’t just destroy it. I wanted to build a training opportunity that offers something for vertical construction,” Gimm said “I usually say, send me your electricians, send me your plumbers because one day those engineers will have to lead or support carpentry missions.” 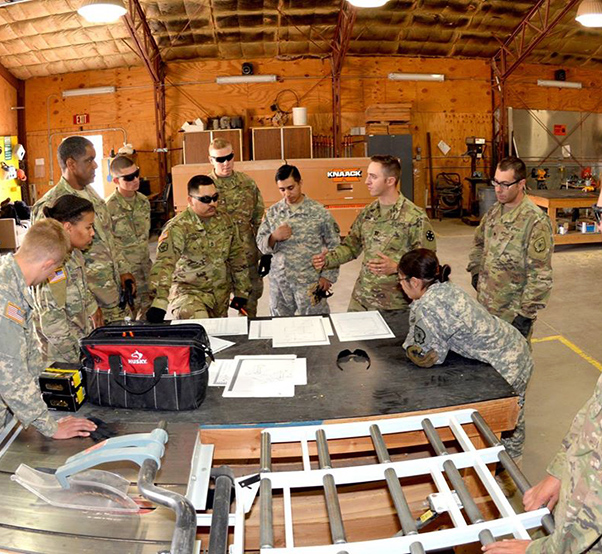 The highlight for most students was day three of the workshop, where they traveled to a remote location via UH-60 Black Hawk to perform expedient structure repair on a wind beaten combat outpost.