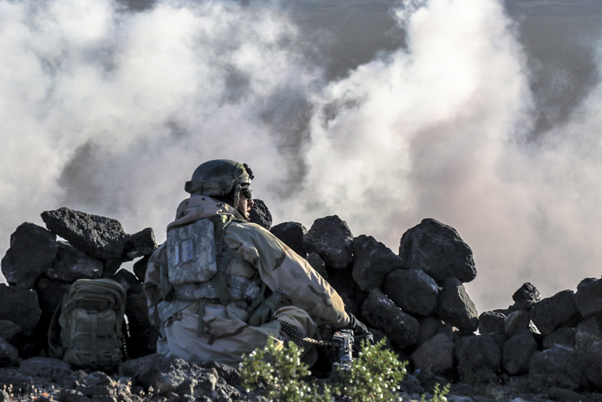 FORT IRWIN, Calif. — A Trooper from Killer Troop, 2nd Squadron, 11th Armored Cavalry Regiment, observes the movement of elements of the 2nd Armored Brigade Combat Team, 1st Infantry Division, during the Blackhorse Regiment’s defense of the Whale Gap in the National Training Center, May 7, 2017. The purpose of this phase of NTC Rotation 17-06, challenged the Dagger Brigade’s ability to conduct a combined arms breach, followed by a deliberate attack against a near-peer opponent.

The Villages at Fort Irwin host back to school event, movie swim night