FORT IRWIN, Calif. — Garrison employees trickled in and out of Jackrabbit Park and Pavilion on the morning of May 18 to participate in the annual USAG Organizational Day.

The event kicked off with opening remarks by garrison commander Col. Scott Taylor to set the tone for the event.

“This is our once-a-year chance where we can get the whole team together and just relax,” Taylor said. “That’s what this is about – having fun, enjoying each other’s company and doing a little healthy competition.”

Turnout fluctuated throughout the event since garrison employees came and went during normal working hours, but an estimated 200 people made an appearance.

Director of Safety Mark Harvey, organizer of the event, broke down the details of the event. In addition to team competitions like three-on-three basketball, tug-o-war and horseshoes, attendees could participate in board games at the pavilion or socialize around Jackrabbit Park, Harvey said.

“It’s all about balance [between] fun and work — today is the fun part,” Harvey said.

HHC Commander Capt. Leonard Weschler said the event was a “wonderful opportunity to get out of the office and interact with other individuals who I have yet to meet and get an opportunity to make new friends.”

Chaplain Assistant Pfc. Joshua Diaz said, “There could’ve been a better turnout – the people that were here put a good effort but because it was a four day, there weren’t enough people to get the full experience of the event.”

Pfc. Stephen Viguers said he enjoyed seeing people he doesn’t normally see and getting to hang out with them but said more advertising or marketing would be beneficial because he didn’t know until the day of the event.

Several hours of competition later, attendees reconvened under the pavilion around 1330 to determine the winner of the day’s events and to hear closing remarks.

Taylor thanked everyone in attendance for coming and proceeded to reveal that the Soldier for Life TAP team won overall. Taylor presented the trophy to the winning team, which lists the winning teams’ names from past Organizational Days.

“I really appreciate what you do every day for this post — the mission out here at Fort Irwin at the National Training Center is unlike any other, and it is vitally important to the defense of our nation,” Taylor said. “What you all do here… provides for the soldiers and the families that love and care for those soldiers.”

Taylor concluded by saying the employees’ work is critical for “the defense of our nation and the care of our community.”

The next USAG Organizational Day will be held again May 2018. 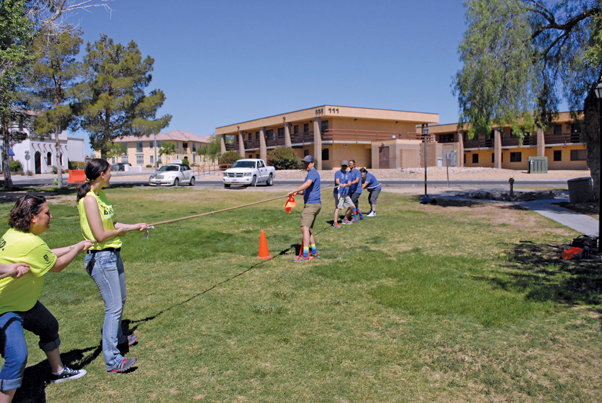 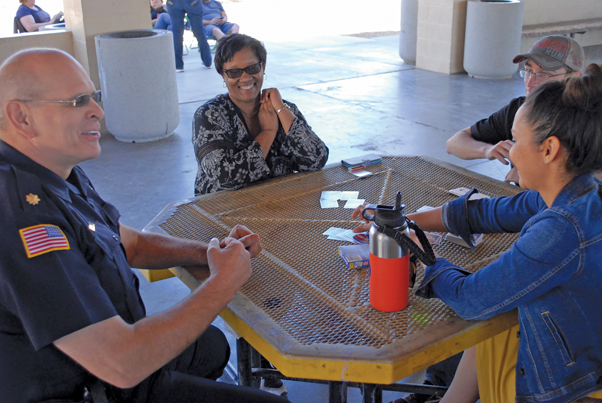