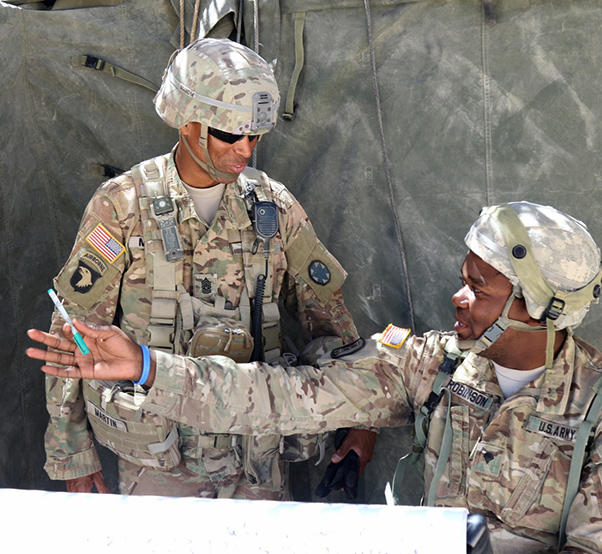 One essential skill is communication between leaders to ensure the safety of the Soldiers that are training.

The 150th is keeping up with Soldier counts at different forward operating bases, which require communication from all units.

Caspillan also said his section of the 150th are supporting 20 plus units and enablers, and are handling all personnel transactions, personnel status reports, and situation reports.

“The purpose is to train the brigade combat team in preparation for combat operations,” said Command Sgt. Maj. Jon A. Martin, an observer controller. “I think the training is going well, we have some very motivated Soldiers, and as they learn from their observer, and coaches, they implement those things that they learn.” 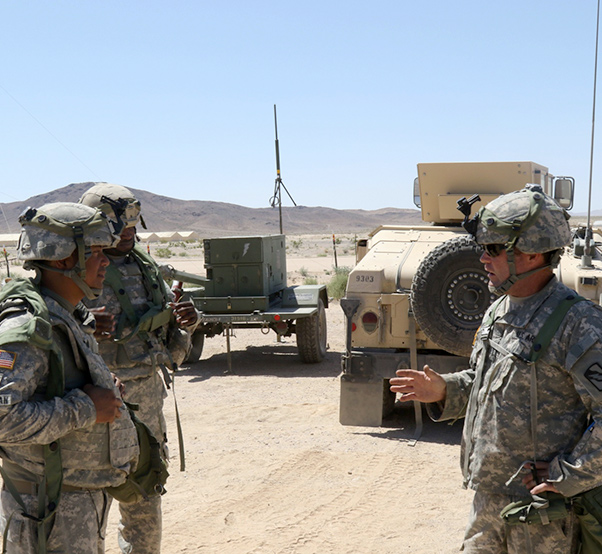 Martin speaks highly of the Soldiers training during this rotation and encourages them to have fun training while always being safe
“There are some very high-speed Soldiers out here,” said Martin. “I would tell them the main thing is to remain safe. Slow is smooth and smooth is fast. As long as they take care of each other, then they’ll be just fine. Enjoy your training.”

Caspillan sends a positive message the families and friends of the Soldiers training at NTC.

“I want them to understand that being out here is not an easy task,” said Caspillan. “They volunteer to be in the Army National Guard, and the things that we do here helps us prepare for anything.”