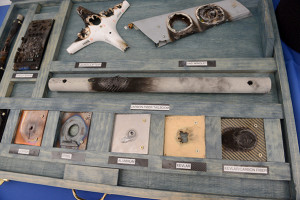 Matthew Ketner, branch chief of the High Energy Laser Controls and Integration Directorate at the Naval Surface Warfare Center Dahlgren Division, Va., shows the effects of laser hits on materials during Lab Day in the Pentagon, May 18, 2017. 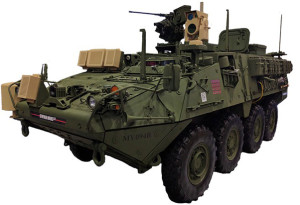