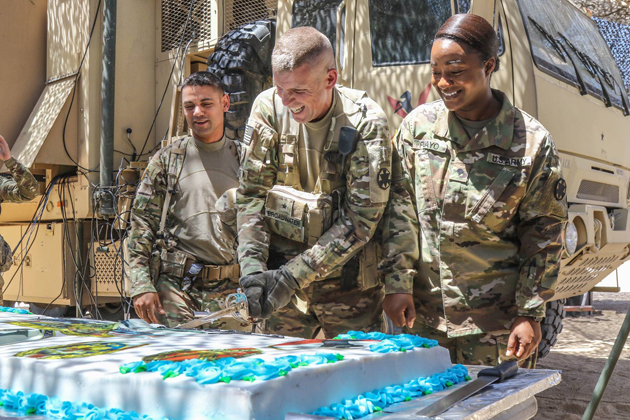 The Installation Commanding General, Brig. Gen. Jeffery Broadwater, with 11th Armored Cavalry Regiment Soldiers, commemorated the activation of the National Training Center Saturday by cutting a ceremonial cake at the village of Kunjab.

“I can’t think of a better way to share this day at the National Training Center than with the troopers of the Blackhorse,” said Broadwater “There’s no way we can make those brigade combat teams better without your dedication.”

For 36 years the National Training Center has met the needs of our nation by sharpening ready forces in a realistic operational environment that America’s war fighters face in combat.