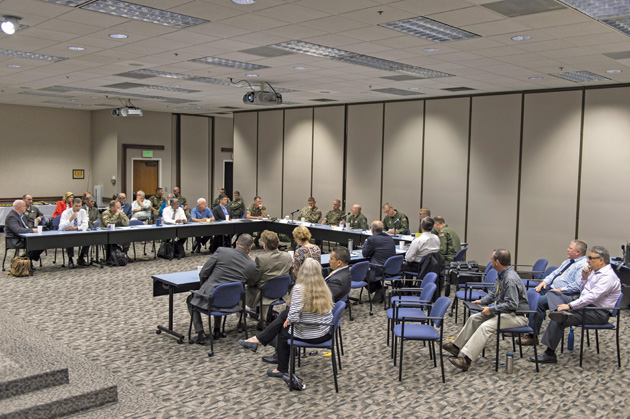 The 2017 Mojave Commandersí Summit was held at the Airman and Family Readiness Center at Edwards Air Force Base, Calif., June 7, 2017.