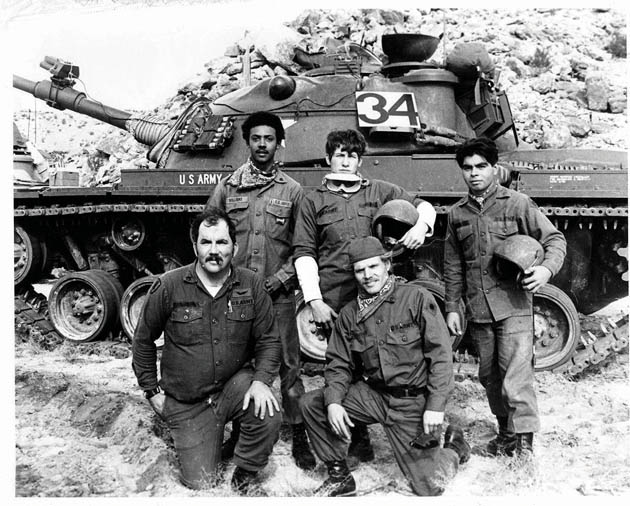 Editor’s Note: This is part two in a series chronicling the history of Fort Irwin and the creation of the National Training Center.

After the regular Army “Turned out the lights” at Fort Irwin, the post was turned over to the 40th Armored Brigade of the California National Guard.

Life on the post was mostly quiet, except during the summer months when members of the Brigade would report for two weeks of annual training.

“Most of the year there is solitude at the camp, this is relaxed living,” Taylor told the San Bernardino Sun newspaper. “There are no urban problems, you turn on you radio and hear traffic jams outside of LA and you chuckle to yourself.”

Soon the 40th Armored Brigade would be reconstituted as the 40th Infantry Division. The Division would take full advantage or the vast training area for over ten years.

There were several proposals on how to use the underutilized sections of the installation. A refugee camp, a training center for Native Americans and a JOBS Corps training site were all mentioned.

The local congressional representative stated in an interview that Fort Irwin was on the short list for a new secret research facility. Taylor called the announcement “political” and said the facility would go to China Lake, because of the poor condition of Fort Irwin Road.

In October 1980, the Army officially activated the National Training Center at Fort Irwin. Taylor would remain as commander of Fort Irwin until the Regular Army assumed command of the post in July 1981.

LA Rams Salute the service of military members during game