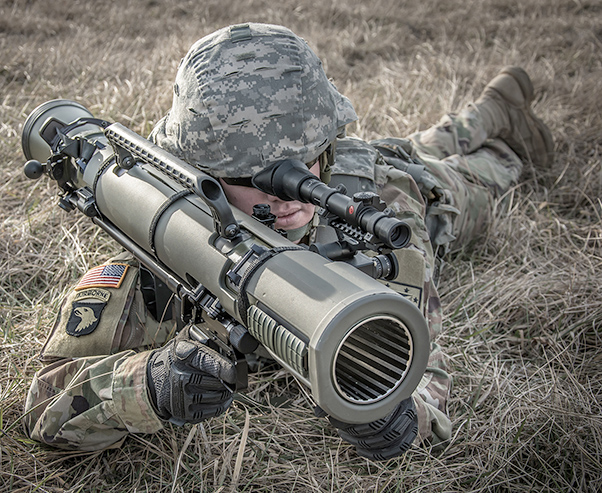 The Army plans to purchase 1,111 M3E1 units and field them to Soldiers, as part of an Urgent Material Release. A key benefit of the M3E1 is that it can fire multiple types of rounds, giving Soldiers increased capability in battle.

Used on battlefields around the world since 1991, the M3 Multi-Role Anti-Armor Anti-Personnel Weapon System, or MAAWS, has seen several iterations.

The latest version, or M3E1, is not only lighter, but shorter and ergonomically designed with a longer handle and better grips. These features, as well as its ability to use multiple types of rounds for firing, has led the Army to approve a requirement for 1,111 M3E1 units.

“The current system that the Army uses is the AT4, which only allows Soldiers to fire one shot, and then they have to throw the system away. With the M3E1, Soldiers can use different types of ammunition which gives them an increased capability on the battlefield,” said Randy Everett, Foreign Comparative Testing, or FCT, project manager.

The M3E1 is part of the Product Manager Crew Served Weapons portfolio, which is processing a contract to procure 1,111 M3E1s and an Urgent Material Release to field them as soon as possible.

The U.S. Army FCT program office, which is positioned within U.S. Army Research, Development and Engineering Command, receives oversight from the Office of the Secretary of Defense’s Comparative Technology Office. The FCT program provides an avenue for Army engineers, scientists and program managers to test and evaluate items and technologies from allies and other friendly nations that may fill an Army capability gap. 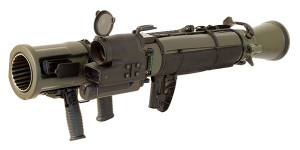 By using titanium, the updated M3E1 is more than six pounds lighter, 2.5 inches shorter and has an improved carrying handle, extra shoulder padding and an improved sighting system that can be adjusted for better comfort without sacrificing performance.

The program encourages international cooperation and helps reduce the DOD’s overall acquisition costs by providing funds to formally test and evaluate foreign non-developmental items, commercial-off-the-shelf items, or technologies which are in the late state of development that may satisfy U.S. military requirements.

In 1988, U.S. Special Forces identified a need for a shoulder-fired, recoilless rifle to replace the M67, and Saab Dynamics developed the M3, which was a likely candidate to address the need. It was through the FCT program that the first M3s were delivered to U.S. Rangers and U.S. Navy Seals in 1994.

Kevin Finch, MAAWS product director, has worked on the M3 program throughout the years, collaborating with Saab Dynamics AB, the Swedish vendor, to perfect their system.

According to Soldier feedback, the M3 was too heavy and bulky. By using titanium, the updated M3E1 is more than six pounds lighter. The M3E1 is also 2.5 inches shorter and has an improved carrying handle, extra shoulder padding and an improved sighting system that can be adjusted for better comfort without sacrificing performance.

In response to the new requirement, a wiring harness was included in the M3E1 configuration that provides a foregrip controller and programmable fuze setter for an interchangeable fire control system. For added safety and cost savings, an automatic round counter enables Soldiers and logisticians to accurately track the service life of each weapon. 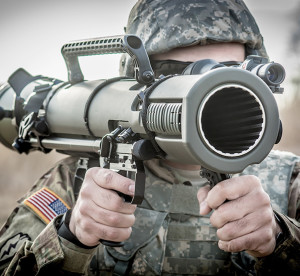 By testing the M3E1 at the vendor’s test facility in Sweden, the Army saved nearly one million dollars. The system was tested by the U.S. Army Test & Evaluation Command and other subject matter experts.

The system was tested for gun tube safe service life at IMT Materialteknik AB in Sundsvall, Sweden by the U.S. Army Test & Evaluation Command and other subject matter experts. Testing at the vendor’s test facility in Sweden eliminated the need to purchase ammunition and material, and it limited range time in the U.S., saving the Army nearly one million dollars.

The M3E1 uses the same family of ammunition as the M3, which has already been successfully tested.

As a result of this project, the Army received the OSD award for the FCT program. Click here to read the article.

“Our original investment of $3 million has led to an approximate $40 million procurement for the Army, which is a great return on investment. But, most importantly, the M3E1 can be reused so it gives Soldiers increased flexibility and capability on the battlefield,” Everett said.