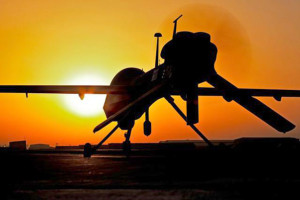 With all of the publicity surrounding autonomous cars in America, people might wonder if autonomous aircraft or unmanned aerial systems are to follow, particularly in the military.

According to Maj. Gen. Bill Gayler, who spoke Sept. 7 during an Association of the United States Army-sponsored aviation forum, that’s not likely to happen.

Gayler, who serves as commander of the U.S. Army Aviation Center of Excellence at Fort Rucker, Ala., said he favors “supervised autonomy” over complete autonomy for several reasons.

Aside from the ethical reason of not having a person in the loop in relation to combat operations, Gayler said it simply won’t work.

During a fight with a near-peer adversary armed with sophisticated cyber and electronic-warfare capability, communications links with automated systems could be compromised, he said. That might mean those systems would be unable to navigate, send data back to users, or even acquire targets, Gayler said.

“It would be relatively easy to use full autonomy in an area not contested,” he continued. “Not so in a contested environment.”

Another reason full autonomy is not feasible is that automatic systems simply cannot replicate the human judgment and reasoning capacity that is required should there be an anomaly in a pre-programmed system, he said. Nothing yet has been built that replicates human capability to alter an approach mid-stream and override controls.

Case for supervised autonomy
Gayler said that autonomy, when supervised by pilots or ground controllers, has merit and is something from which Army aviation would definitely benefit.

Gayler said he sees a future where sensors can see terrain and obstacles that would aid a pilot in picking an effective flight path and other sensors that would sense hostile fire and help the pilot take evasive actions.

Such a system would “aid a human in the loop and augment the pilot rather than replacing the pilot,” he said.

“We owe it to forces on the ground to provide that capability,” he said.

Col. Thomas von Eschenbach, who serves as director of the capability development and integration directorate within U.S. Army Aviation Center of Excellence, agreed that supervised autonomy is the goal.

However, the Army must be smart about what sort of supervised autonomy is desired, he said. For example, no one wants sensors that “lands the aircraft, orders parts and grounds it.”

The pilot and maintenance crew need to make those determinations, he said.

Chris Van Buiten, vice president of innovations with Sikorsky Aircraft, said industry is working every day to mature technology like supervised autonomy that he hopes will one day become game-changers and provide overmatch on the battlefield.

Besides aiding the pilot in a battlefield fight, Van Buiten said supervised autonomy would also inform mechanics of what needs to be fixed. “You’re replacing wrenches with math,” he said. “It’s a new field that other industries are pursuing.”

He said, for example, that there will be a convergence of supervised autonomy built into future vertical lift capability that the Army is striving for in its science and technology efforts.

Another area of supervised autonomy, he said, will go into deciphering patterns and providing meaningful information from the many gigabytes of data that are downloaded from UAS and other aircraft after every flight, which now gets mostly lost in the noise.

He said supercomputers are being used to sort through that data and will become increasingly used.