SAN JUAN, Puerto Rico — Jim DeGraff, a former employee of the Fort Irwin Directorate of Public Works, has spent much of the past four months helping the U.S. Virgin Islands and Puerto Rico recover from hurricanes Irma and Maria.

The storms damaged thousands of homes and public facilities and left many of the islands’ communities without power or water service. DeGraff, who now works on Fort Wainwright as part of the U.S. Army Corps of Engineers (USACE) Alaska District, volunteered to be assigned to the hurricane relief missions. USACE mobilized teams from across the country to support response and recovery efforts in conjunction with the Federal Emergency Management Agency (FEMA).

“Any chance I get an opportunity to help somebody, I’m going to try my best to do that,” DeGraff said.

In response to the hurricanes, he traveled first to St. Croix, where he was assigned to the USACE Infrastructure Assessment team out of the USACE Recovery Field Office U.S. Virgin Islands to ensure critical public facilities like schools and police stations were safe to resume operation.

“Literally people’s faces would light up when they saw you,” he said, remembering the response when residents found out he worked for USACE. “They were so grateful and so happy to see you. Many hugs and many smiles.”

DeGraff spent 43 days in the U.S. Virgin Islands, returned home to Alaska for just two weeks, then got a call asking if he would consider volunteering in Puerto Rico. He agreed, and has been working with the Critical Public Facilities team out of the USACE Recovery Field Office Puerto Rico in San Juan for more than 60 days. He remains dedicated to the mission here, and recently extended for an additional 30-day assignment.

Seeing how much the communities in Puerto Rico still need, and having the ability to help, keeps DeGraff motivated month after month, working 12-hour days, seven days a week, he said.

“Every place you go, they’re looking for help, they need help, so that gives you a reason to keep going and try to do the best you can,” he said.

One of the most memorable and rewarding moments for DeGraff came when his team helped young students return to school on St. Thomas, in the U.S. Virgin Islands.

“They were hugging their teachers and just happy to be back, playing with the other kids,” he said. “It’s a nice thing to see that you’ve helped them get back to their education, and that will help them further down the road in life hopefully.”

DeGraff’s work in the U.S. Virgin Islands and Puerto Rico is the latest in a long history of service. He spent eight years in the U.S. Army, and, after running his own construction business for more than 20 years, returned to public service as a civilian working first for the U.S. Department of Veterans Affairs and then the Army. 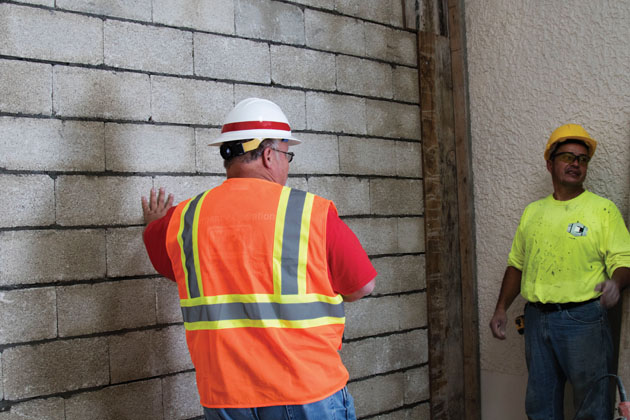 U.S. Army Corps of Engineers Quality Assurance personnel with the USACE Critical Public Facilities team check in on repair work at the Lares Police Station in Lares, Puerto Rico Jan. 9. The police station experienced significant damage to the front exterior wall of the main entrance as a result of hurricane-strength winds during Hurricane Maria. 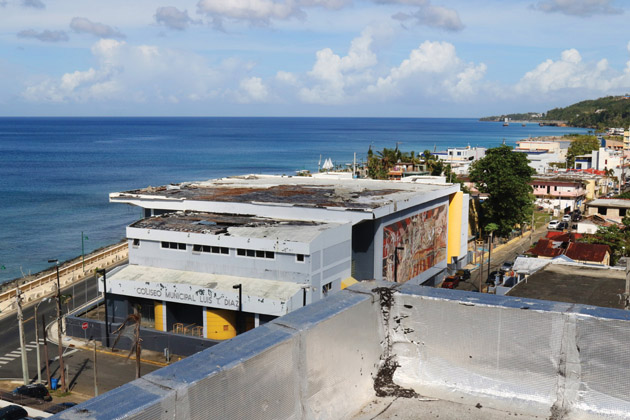 Inspecting the roof of the municipal Judicial Center in Aguadilla, Puerto Rico Jan. 16 as part of the U.S. Army Corps of Engineers critical public facilities mission to support the federal response to Hurricane Maria.