NTC hosted three separate delegations:  Congressional staff from the office of U.S. Rep. Paul Cook (R-Calif.); faculty and fellows from the Center for International Security and Cooperation at Stanford University; and leaders from the Jewish Institute for National Security of America (JINSA). They observed the realistic operational environment that simulates the conditions today’s U.S. Soldiers face in combat and talked with NTC leadership about what goes into preparing brigades to combat a wide array of threats.

“We try and add as much realism as we can to prepare brigades for any contingency they may have to face,” said Brig. Gen. Jeff Broadwater, NTC commanding general. “We blend all the threat variables, whether they’re facing a large near-peer threat in a country that has the same capabilities, or a smaller counter-insurgent force.”

In addition, the groups heard from key commands about how funding decisions, technological advances, and evolving security threats affect Army training and readiness on the ground.

For example, the Congressional staff members traveled to the Fort Irwin cantonment and were given a tour of the 916th Support Brigade, Supply Support Activity (SSA), which supports not only the rotational training units with parts and supplies but tenant units as well. Visiting the brigade’s warehouse highlighted the local impact of the federal government’s continuing resolution (CR).

“We are waiting on two nuts that connect the main battle tube to the breach of an M1 Abrams tank, and by the time that we get them in August 2018, these tanks will have been down for a year,” said Col. Sidney Melton, 916th Support Brigade commander. “This highlights the difference between the CR and a budget.”

During the Stanford visit, researchers had the chance to discuss evolving security threats in the cyber and space domains, as well as the Army’s capabilities to defeat them. Team leaders from NTC’s Operations Group explained how specialized observer-coach-trainers simulate these threats during brigade combat team training rotations. They also highlighted the improvements they have seen over the past year in brigades’ abilities to identify and combat cyber and space threats.

Members of the JINSA delegation traveled to the National Urban Warfare Center in the Fort Irwin training area where they learned about the tough, realistic training Soldiers receive at the NTC. After watching an attack on the city of Razish, they sat down with Soldiers from the 11th Armored Cavalry Regiment for an MRE lunch.

The delegations appreciated the opportunity to see readiness training first-hand and learn about the requirements necessary to prepare the Army for any future fight.

t“These trips are critical. These are real stories, with real people on the end, not just a piece of paper,” said Colby Kuhns, legislative assistant to Congressman Paul Cook. “We want to make sure that [Soldiers] have the right equipment. We just need to make sure we fund it at the right levels.” 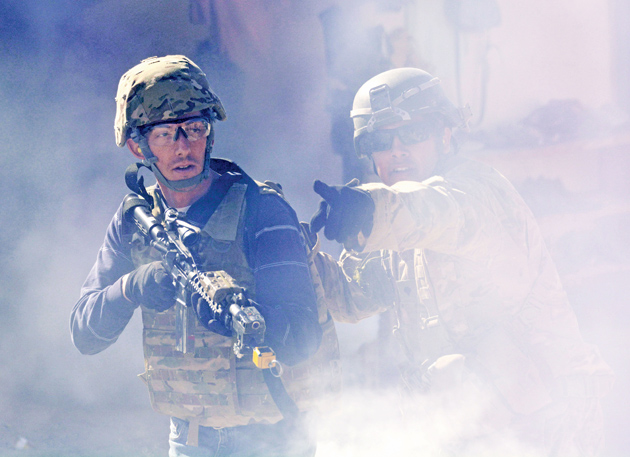 Thirteen Congressional staff delegates visited the National Training Center Jan. 25-26 to better understand and observe brigade level readiness training. In the training village of Guba, they patrolled through the town and eventually came under attack by a guerilla insurgent force. 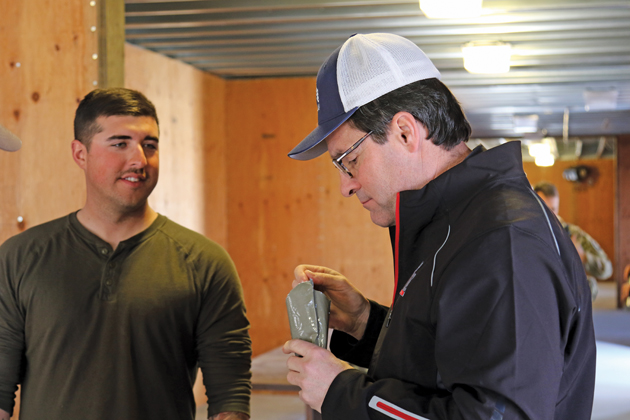 Members of a delegation from the Jewish Institute for National Security of America joined Soldiers for lunch in the city of Razish during a visit to the National Training Center Feb. 13. Here, Vice Adm. (Ret.) John Bird, senior vice president of military affairs for USAA, tests out an MRE.