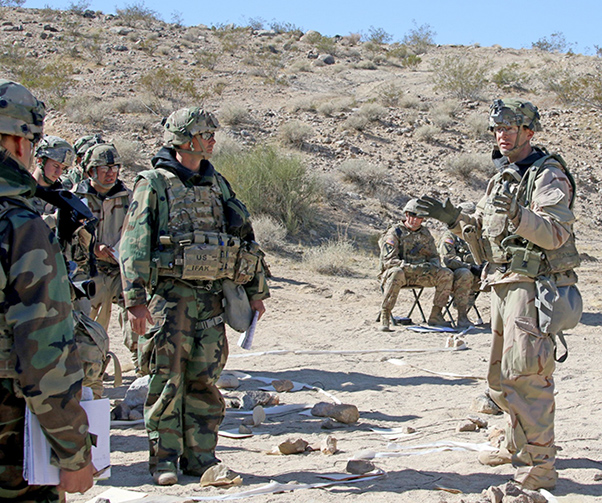 Col. Jonathan Byrom, the 3rd Cav. Regt. commander, said that while the training was brutal and unforgiving, it was also invaluable.

“I can’t replicate it anywhere else unless we’re in combat,” Byrom said. “The regiment did a phenomenal job maintaining a positive attitude and learning continuously, while fighting the toughest enemy they will ever see.”

Because NTC is a training environment offering sophisticated scenarios, which are critical for preparing units to operate in an ever increasing and intricate security environment, it is also a crucial learning experience designed to test all warfighting functions.

“When we deploy to NTC, we deploy as a task force with the added challenge to fight, sustain, regenerate and recover the formation by integrating the enabler units,” said Maj. Tom Church, 3rd Cav. Regt. operations officer. 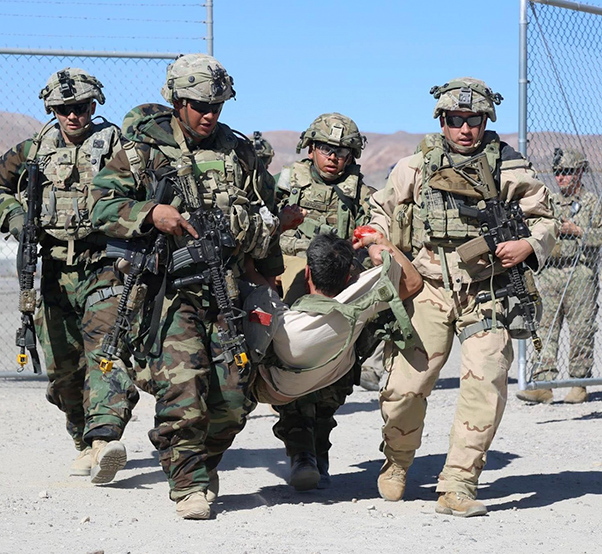 “The ability to integrate all the different enabler units into the planning process 6-8 months ago drove the success we experienced at NTC,” Church said.

During the 14 grueling days of force-on-force fighting and live-fire exercises in “the box,” Task Force Rifles faced-off against the opposing forces of the 11th Armored Cavalry Regiment on multiple fronts in a vast and unfamiliar desert terrain about the size of Rhode Island.

No matter what was thrown at them, from battling tanks and chemical weapons, to countering cyber-attacks and electronic warfare to disrupt communications, the troopers of the task force met their foe head-on and continued to fight.

The 3rd Cav. Regt.’s Plans Officer, Maj. Sean Miller said he and his team initially encountered several friction points but that they eventually worked through them.

“Last time I was here I was a troop commander,” Miller said. “I only had to worry about my 90-man scout troop whereas this time, I had to learn how to employ 4,000 people into a fight and to provide the necessary direction to meet the commander’s intent.”

“There never seemed to be enough time,” Miller added about another challenge he faced. “Time management was a definite constraint we had to work through.”

Staff Sgt. Lawrence Gorton, a battle NCO for 3rd Cav. Regt., said that while he was expecting fast-paced missions, he was not expecting the communication challenges he experienced because of the mountains. Gorton, who has six previous rotations at NTC under his belt, has spent months prior to NTC practicing battle drills during numerous field training exercises. 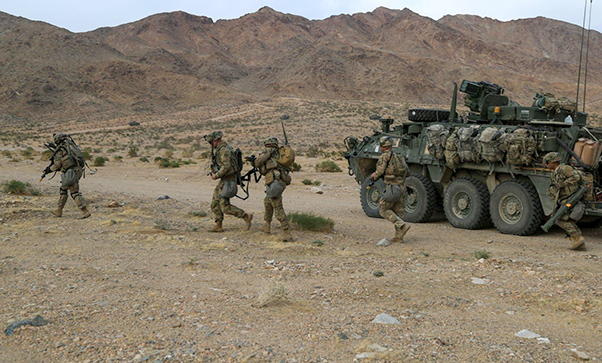 “It was hard trying to accomplish the mission with limited resources and knowledge due to the lack of communication, but we did it,” Gorton said.

Col. Joseph Clark, the 11th Armored Cav. Regt. commander, said that to truly test a unit’s systems and processes, the training is purposefully stacked against the unit.

“It’s from those frictions that you learn,” Clark said. “We’re never going to give you a problem you can’t solve.”

By the end of the rotation, dismounted and mounted troopers maneuvered through roughly 130 miles of contested terrain while combatting enemy forces.

Capt. John Hellinger, a battle captain in 3rd Squadron “Thunder,” 3rd Cav. Regt., said he definitely learned a lot and that it was great training experience for him and the squadron.

The Regiment of Mounted Riflemen began their journey in early February with the mission to help the friendly forces of the fictional country Atropia fight against the enemy Donovians, the Atropian’s neighbors, who happen to be a more powerful and technologically advanced force. 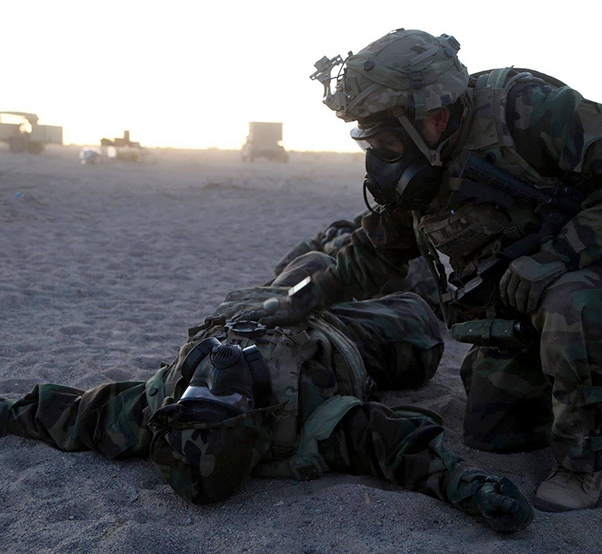 Although most of the action takes place during the 14 days of force-on-force fighting and live-fire, the training actually begins as soon as the unit arrives with the reception, staging, onward movement and integration phase. While securing the logistics support area, the regiment faced multiple insurgent attacks, criminal networks and violent protests.

After the 14 days in “the box,” the regiment entered the final regeneration phase of the rotation Feb. 24. During this phase, the regiment conducted maintenance operations, loaded trains and shipped equipment back to Fort Hood, Texas.

All 3rd Cav. Regt. troopers will return to Fort Hood within the first two weeks of March.

“This rotation was a huge organizational learning experience that helped us refine and solidify our TTPs of all facets, of every warfighting function, and helped increase the lethality of this storied regiment,” Byrom said.