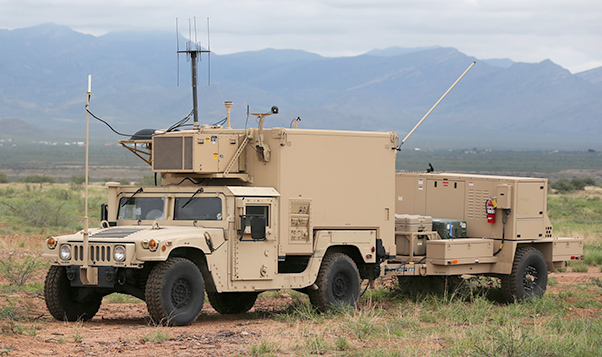 A Tactical Ground Station Humvee is parked during a training exercise at Fort Huachuca, Ariz. Soldiers with the 504th MI Brigade utilized the TGS vehicle to pull satellite and live videos feeds into the 3rd Cavalry Regiment Tactical Operations Center at the National Training Center.

“We can bring imagery, which is really important,” said 1st Lt. Tom Bauer, Platoon Leader for the GEOINT Platoon, 303rd MI Battalion. “A lot of times the warfighter is trying to get into an urban environment or a mountainous environment. They don’t know what they’re getting into — they see a map, and if you’ve ever done (land navigation), or you look at a GPS on a car, it doesn’t have a lot of definition. You don’t always know what you’re getting into.”

Using satellite imagery and live video feeds from Unmanned Aerial Systems, the GEOINT Platoon analyzed images, stationary and moving targets and geospatial data to produce intelligence. They can also determine the location and dimensions of objects on the ground using overhead imagery. A key role in the regimental Tactical Operations Center is processing real-time video feeds, known as Full Motion Video, coming from unmanned aerial systems like the Gray Eagle.

“The brigade or squadron commander really like to be right there in the fight, and the (Unmanned Aerial Systems) gives them that ability to see what’s going on in specific areas of the fight in real-time,” Bauer said. 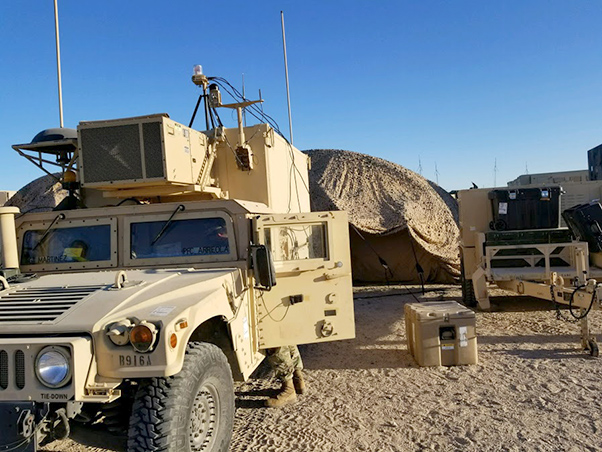 While at NTC, the Soldiers also utilized the Tactical Ground Station, a mobile collection platform mounted on an Army Humvee and part of the Distributed Common Ground System-Army (DCGS-A). Feeds from the TGS are fed to Soldiers working in the Tactical Operations Center, and also provide a “jump” capability to rapidly move the center to a new location in a combat environment.

“We have the ability to do our jobs wherever they need us to, with the help of other people, obviously, to give us full functionality of our truck,” said Sgt. Joshua Martinez, Noncommissioned Officer-in-Charge of the TGS team. “It allows at any point in time to be able to pick up and move, set up completely and produce whatever we need to help the battlefield.”

The TGS platform has numerous collection capabilities, and Martinez compared the job of a TGS operator to a “Google Maps ‘pro’ guy with extra add-ins.”
Martinez said the five junior-enlisted Soldiers on his team not only gained valuable knowledge of the systems, but learned how to mix into a battle staff.

“We learned how to integrate more with their regiment. (The 3rd Cavalry Regiment) also got a better understanding of our capabilities and what we produce on the battlefield,” Martinez said.

For Spec. Caleb Ditmore-Quick, a GEOINT shift leader during the rotation, the training allowed him to focus on his leadership and maintenance skills necessary to operate the platoon’s equipment. This rotation was his second time at the NTC, and he said his company commander wanted inexperienced Soldiers to deploy to learn the systems in a combat scenario. 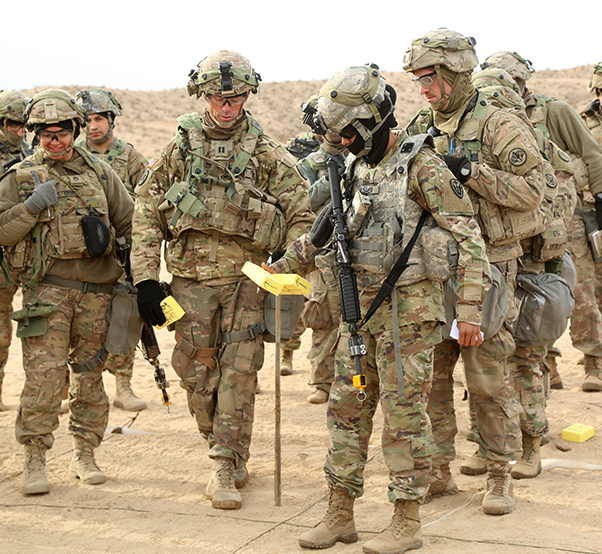 A Soldier with the 504th Military Intelligence Brigade (front right) stands at a terrain model with a group of 3rd Cavalry Regiment Soldiers during training at the National Training Center in late February.

“The first time when I came out, you learn how much you need to learn,” Ditmore-Quick said. “And if you’re not knowledgeable on something, that can be ineffective. Our commander wanted an inexperienced group to deploy. Every single (Soldier) learned something about the TGS.”

The specialist said working in the regimental operations center was hectic, but provided opportunities for the intelligence Soldiers to create valued products for the regiment and its command team. As part of their schoolhouse training, Geospatial Intelligence Soldiers also learn to identify vehicles, military equipment and aircraft, and even ships and submarines using overhead imagery.

“We take the video and we see what’s going on. We exploit it by saying that’s this vehicle or these are guys setting up at a berm, and then we disseminate that to whatever element needs it the most, so that they can action the objective,” Bauer said.

Martinez said much of the rotation was spent training the Soldiers on repetition and troubleshooting. Before the February NTC rotation, Martinez said his team worked with the 15th Military Intelligence Battalion to link into their Gray Eagle aircraft and learn how to pull video feeds into the TOC.

Those feeds are often the ‘lifeblood’ of a Tactical Operations Center, and Martinez emphasized the importance of staying vigilant in the TOC to process, analyze, and ultimately, disseminate intelligence to commanders. 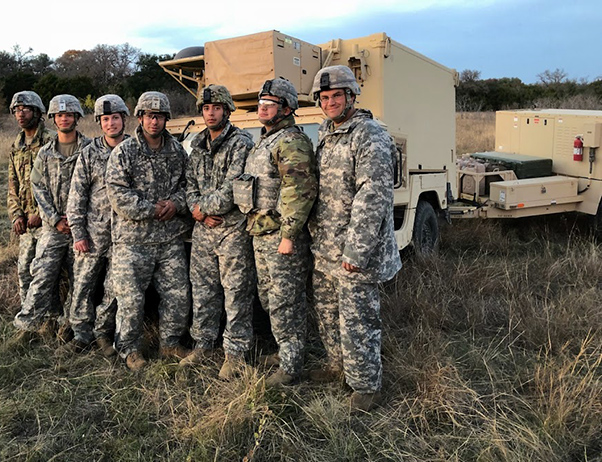