Winners and runners-up were announced at an awards ceremony April 26 at the Fort Sam Houston Theater.

Eight of IMCOM’s finest warriors ─ two each from four IMCOM directorates ─ faced off to determine who would be named the command’s top noncommissioned officer and top Soldier. Before arriving in San Antonio, the eight IMCOM participants had advanced through Best Warrior competitions within their directorates.

The competition is designed to promote morale and cohesion within participating commands while enhancing Soldier readiness and resiliency.

Individual competitors are scored on a variety of specific tasks, including day and night land navigation, a 12-mile ruck march, range qualification for the M16 rifle and 9-millimeter pistol, face camouflage, assembling and operating a field radio, an obstacle course and other challenges.

In addition to the eight IMCOM participants, 11 additional soldiers from Army North and Army South took part in the four-day competition. The two top IMCOM winners will represent the command at the next round of the Best Warrior competition, scheduled for June in San Antonio, with Army North as the sponsor. The finals will be held this fall at Fort A.P. Hill in Virginia, earning the winners the titles of 2018 Department of the Army NCO of the Year and Soldier of the Year.

“Their overall performance in this rigorous and demanding competition showcased their ability to excel under stressful conditions and separated themselves from their peers. Their professionalism is in keeping with the highest traditions of military service and reflects great credit upon them, their Installation Management Command and the United States Army.”

Brown-Davis and Falgiani were awarded Army commendation medals, trophies and an assortment of gifts. 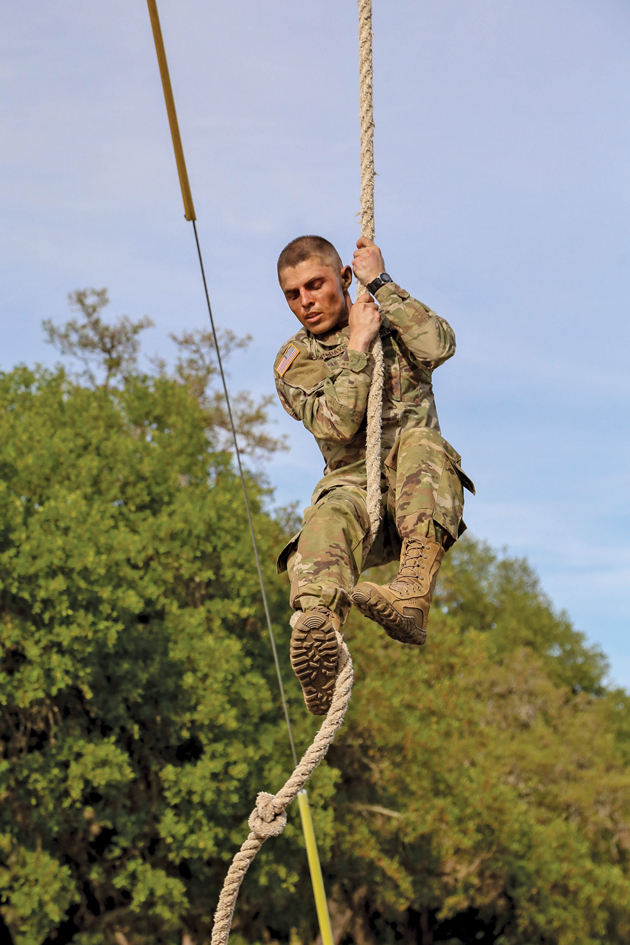 Sgt. Anthony Brown-Davis navigates the obstacle course at Camp Bullis April 24 as part of an event for the 2018 IMCOM Best Warrior competition. 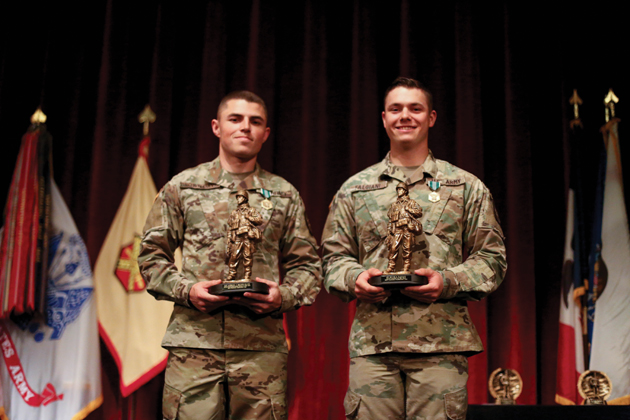