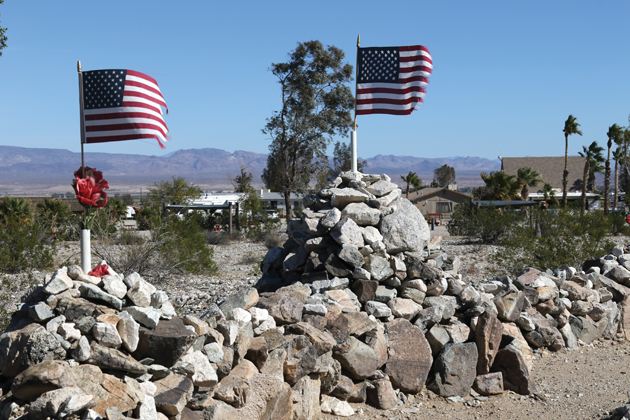 NEEDLES, Calif. — In 1850, the US Army established Camp Colorado on the east bank of the Colorado River near the present day city of Needles, California. The Army built the installation to protect settlers moving through the area to various locations in California. Some settlers would head for the gold fields of Northern California, some would head into the southern part of the state.

The terrain near the camp was the best place to cross the Colorado River and established Needles as the gateway to the Golden State. Less than 30 years after the Army finished Camp Colorado (the name was later changed to Fort Mojave), the railroad came to the West and built the first crossings into California in the area, creating the town of Needles.

Mr. Fred Harvey chose Needles as the location for one of his 84 Harvey Houses. The Harvey Houses were strategically located along the railroad to provide a place for rail customers to exit the train for a good meal and brief respite from the confines of the passenger car.

Needles also became an “icing station” along the railway. Specially designed rail cars could be cooled by ice to transport fruits, vegetables and other food products across the country. This allowed farmers in California’s Central Valley to sell their products all across the country. The ice needed to be replenished periodically, and Needles proved to be a good location for an icing station.

During the Great Depression, fewer Americans could afford to travel and many of the railroads began a steady decline. As railroad companies struggled, decisions made in Washington, D.C. years earlier would signal the end of the Silver Age of rail travel.

In 1916, Congress passed the Federal Aid Road Act, the first attempt to improve travel by automobile across the country. It would be nine years before the work finally started. The U.S. was fighting World War I, and real money for roads just wasn’t in the budget. The act was not fully funded until 1925.

When the U.S. established the new national highway system, it was no surprise that Needles became the entry point into California for Route 66, one of the original routes in the highway system.

The goal of the builders of Route 66 was to connect the main streets of small towns from Chicago to Santa Monica. The road connected Needles with the towns of Oatman, Arizona and Goffs, California, just a few miles away.

The town flourished as more Americans began to travel by automobile, which created an entirely new travel industry. Hotels, motels, gas stations and restaurants began to appear all over the length of Route 66, and Needles was no exception.

Even the Great Depression brought many travelers through Needles, leaving the mid-West for the chance to find work in the fields of California.

The increase in traffic eventually caused problems along the nation’s two-lane highways, including Route 66. In 1956, President Dwight D. Eisenhower signed the Interstate Highway Act and created a new system of interstate highways. Eisenhower was exposed to the German autobahn network as a young Army officer, and he saw the interstate highway system as a necessary component of his national security policy.

As a result of the act, a new highway, Interstate 40, would replace most of Route 66. It bypassed many of the small towns, destined to become ghost towns along the old highway.

Needles, however, would be one town to survive. At the crossroads of Interstate 40 and U.S. Route 95, the town remains an important stop along the road. Amtrak still operates out of the building that was once the Harvey House, and many of the town’s hotels and restaurants are still in operation.