UNDISCLOSED LOCATION — Units in the U.S. Army are always pushing the boundaries and accomplishing great feats. Company B, 229th Aviation Regiment “Flying Tigers” is the sixth Gray Eagle Company in the Army and an example of a trailblazer since its recent inception in 2014.

“We enable the ground force commander to have freedom of maneuver and provide the ability to seek and destroy hostile forces,” said U.S. Army Company B, 229th Avn. Regt. Commander Capt. Trenton Conyers. “This company provided essential support in the final drive to push ISIS forces out of Iraq.”

Starting its path in 2014, the company has accomplished significant milestones along the way, to include the selection by U.S. Army Forces Command to support the 1st Stryker Brigade Combat Team, 4th Infantry Division during the proof of concept for the Army’s Reconnaissance Surveillance Brigade and supporting numerous rotational units at the National Training Center. Supporting the 75th Ranger Regiment while at the NTC led to flying over 1,000 hours in a 90-day period, shattering the record of most contiguous U.S. flights in one year performed by one unit.

“We operated continuously in an austere environment,” said Conyers. “This gave everyone very realistic training and experience in conducting Gray Eagle operations in a harsh environment. The combined effort of the team, as well as 24-hour operations in support of NTC, led to this unit being more than prepared to conduct combat operations anywhere in the world.”

Company B, 229th Avn. Regt. is assigned to the 449th Combat Aviation Brigade but has a unique mission directly supporting the Combined Joint Task Force – Operation Inherent Resolve with their capabilities. To facilitate this support, Soldiers assigned to this unit have to be trained proficiently.

“As an aircraft commander, I am responsible for the safety of the crew and flight of the MQ-1C Gray Eagle UAS,” said Spc. Chloe Koehler, an unmanned aircraft systems operator. “Another responsibility of an AC is to be a first-line trainer for the units’ aircraft operators. As a unit trainer, I am also responsible for instructing newly assigned and integrated AO’s. I focus on training other crew members in specialized areas including local area orientation and gunnery training.”

The company also provides direct support to the 28th Infantry Division in Kuwait. They are responsible for building relations with U.S partners in the North Arabian Gulf by fostering trust, faith and confidence in UAS operations while deterring aggression and threats within the region.

“I focus on my Soldiers,” said Conyers. “I have been able to coach and mentor these operators in reconnaissance and attack fundamentals and urge them to develop holistic understanding. Being a theater asset has truly broadened my vision and outlook at the strategic level. It has helped me to better understand the over-arching strategy and intent, enabling me to continually push to lean-forward in the saddle.” 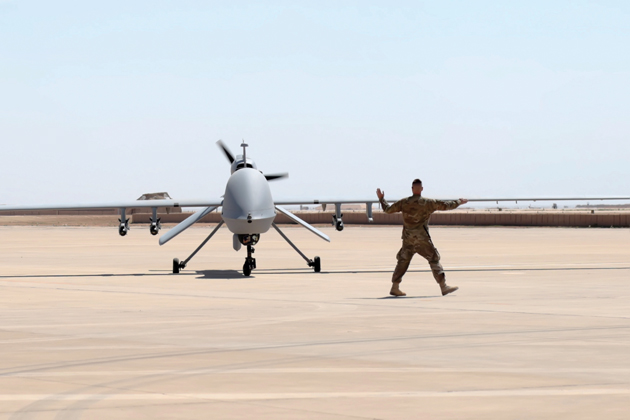 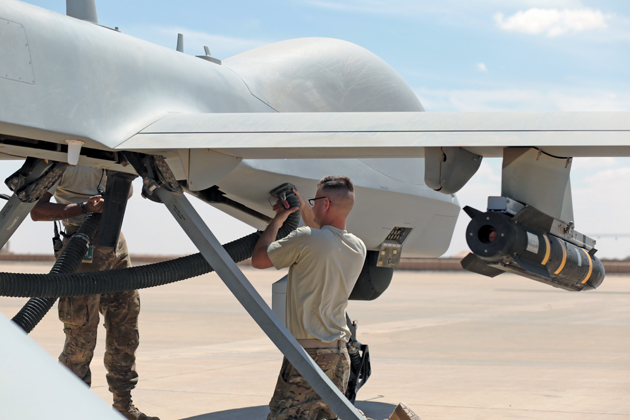