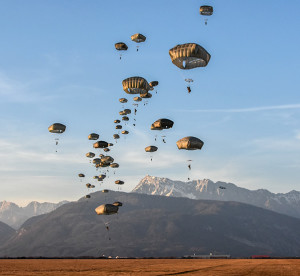 The skies of northern Italy are filled with paratroopers from the 173rd Airborne Brigade as hundreds of paratroopers conduct a tactical airborne insertion onto Juliet Drop Zone, January 24, 2018.

Fast repair of these airfields is vital to expanding operations.

“Receiving heavy equipment and weapons systems that are incapable of being delivered via parachute must have an improved landing zone,” said Shelton.

“Also, evacuating wounded and non-combatants and receiving supplies and humanitarian assistance in some instances, require engineers to improve runways.”

“ERACC Type II is a commercial off the shelf (COTS) system which is interoperable with, and enhances the efficacy of earth moving operations,” said Mike Tracy, a branch chief with ABNSOTD. “ERACC is compatible with a host of earth moving and grading vehicles.

“A 3-D display is a core capability used by the operator in the host machine,” continued Tracy. “This capability updates digital site design and progress more rapidly than previous construction methods.” 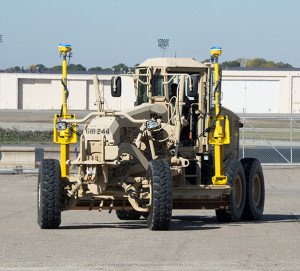 The 3-D displays also provides the operator with updated real-time project status, machine location tracking, and cut and fill information, without the use of grade stakes, Tracy said.

“This technology is in use currently in civil and private engineering projects across the construction industry and can often shorten large scale projects by weeks,” said Shelton.

Shelton also explained that, from a Soldier safety aspect, the ERACC can assist individual equipment operators in avoiding “no dig” areas and previously surveyed areas which could contain unexploded ordinance.

“The technology is great at limiting exposure to long range observation and threat engagement,” Shelton said.

Early in 2017, ABNSOTD began exploring methods to deliver the ERACC to engineers on the battlefield, in conjunction with the Program Executive Office Combat Service and Combat Support Systems and the Maneuver Center of Excellence. 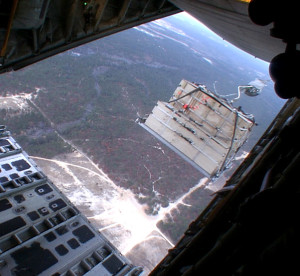 Shelton said the purpose of the operational test using paratroopers was to collect data to evaluate the suitability and safety of the ERACC when delivered via aerial resupply.

One of the key earth movers slated to use ERACC is the Airborne 120 Grader System, but an obstacle of exploiting this capability with such a heavy airborne grader was its weight, according Shelton.

“It was clear another method of delivery would be required to support heavy engineer formations,” he said.

“Operational testing is about Soldiers,” said Col. Brad Mock, ABNSOTD director. “It is about making sure that the systems developed are effective in a Soldier’s hands and suitable for the environments in which Soldiers train and fight. Operational testing is USAOTC’s opportunity to contribute to readiness; anything less compromises the Army’s ability to provide the forces that fight and win the nation’s wars.”