FORT IRWIN, Calif. — As Soldiers from the National Training Center pressed into Dining Facility #2 June 14 to witness the cutting of the ceremonial Army Birthday cake, Commanding General Brig. Gen. Jeff Broadwater called the installation’s youngest service member to the front of the room.

He asked the Soldier, Pvt. Deadrick Person of the 2/11 Armored Cavalry Regiment, if they might FaceTime Person’s family in Mississippi to share the birthday cheer. It took several attempts – and a good deal of hilarity – but the pair finally got Person’s mother on the phone.

“Ma’am, nobody is in trouble or anything,” Broadwater assured her. “He’s just cutting the cake with me and we wanted to put you on FaceTime because he’s one of the Soldiers we’re proud of.”

It was a moment that captured both the monumental changes the U.S. Army has seen over its 243-year history and the enduring spirit that binds the institution together.

Ten years ago, FaceTime didn’t exist. Rapidly evolving technology has changed more than the way we call home. It has also altered the way Soldiers train and fight. The NTC is constantly adapting to prepare the Army’s brigade combat teams to overcome the latest threats. Units training here, for example, must navigate everything from cyber attacks to insurgent forces that organize and fund operations using social media.

But while the gear and tactics of today’s Army may be vastly different from those of the Continental Army in 1775, its fundamental values remain.

“No matter when our nation needs us, we are part of making sure we are ready to do that,” said Broadwater.

Another thing that hasn’t changed much? The trust and connection between Soldiers. Take away the smartphones at the NTC birthday celebration this year and it wouldn’t be difficult to imagine a similar scene happening during the Great War, or even the Revolution – Soldiers coming together to celebrate, to trade jokes, to pass on tradition.

It’s something 1st Lt. Jose Martinez, of the 11th ACR’s Regimental Support Squadron, hopes will still be a vital part of the Army in another 243 years.

“It’s the camaraderie. The esprit de corps. Events like this that bring us together,” he said. 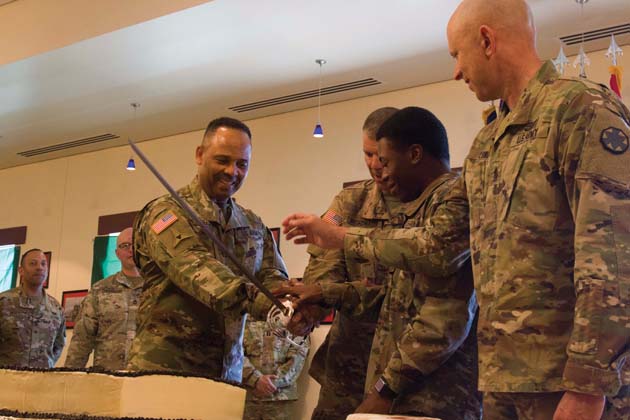 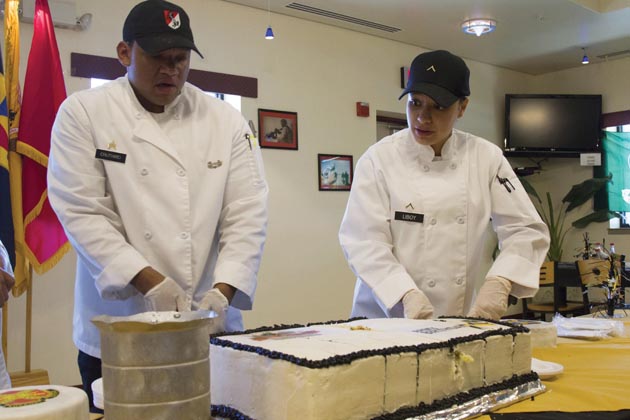 After the ceremonial cutting of the cake, the dining facility’s culinary team finished the job. 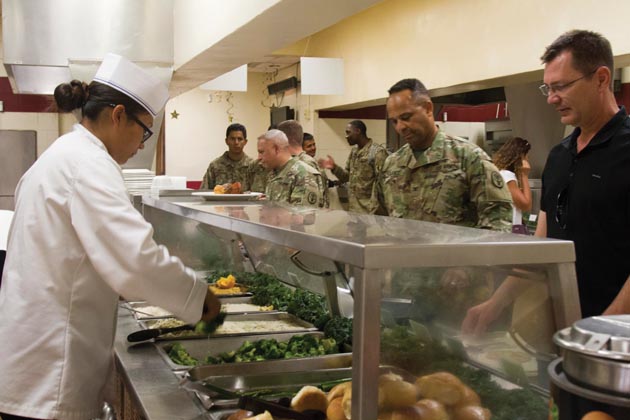 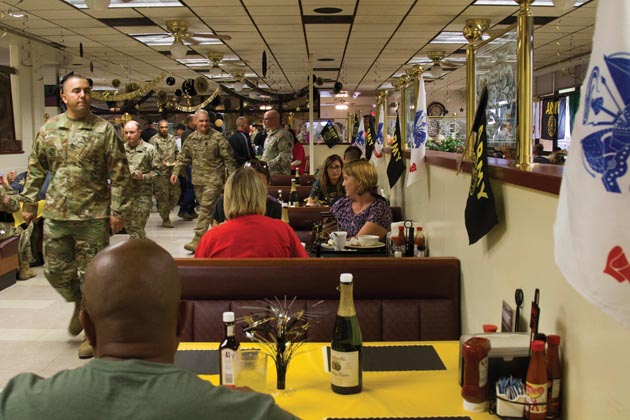