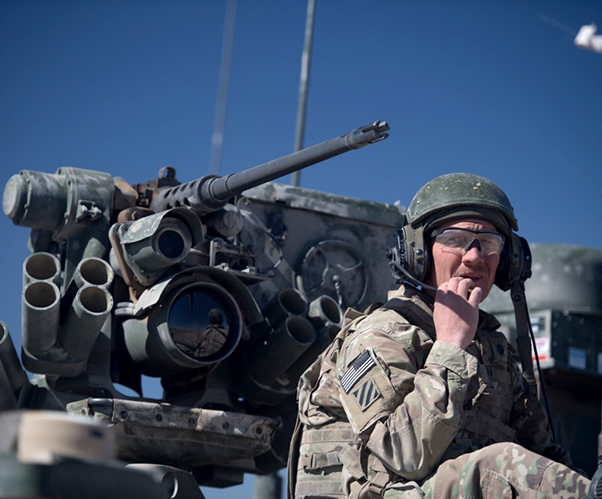 But the addition of laser technology in the Interim Maneuver Short-Range Air Defense System used on the Interim Armored Vehicle Strykers could give the Army a greater competitive edge over potential threats, they added.

“(Guns are) a relatively inexpensive solution,” Brig. Gen. Randall McIntire said at the Association of the U.S. Army’s Annual Meeting and Exposition last week. “But it doesn’t give us the range that we’re seeing from our adversaries.

“We get range from our missiles, but they’re becoming extraordinarily expensive,” he said, adding adversaries are putting up drones that are weaponized “really for pennies.”

Directed energy will be a complementary system to guns and missiles, he said. “It’s not the end-all be-all, but it’s another tool in the tool box … We think having this mix of capability gives us a variety of solutions as we move into the future.”

McIntire, the Air and Missile Defense Cross Functional-Team director, said the MSHORAD system relies on missiles for long-range capability, but his team is also seeking more cost-effective measures to shore up air defense. He added that directed energy and electronic warfare will be the focus of the future.

Currently the Army has targeted 2020 for initial operational capability of MSHORAD. Two battalions should be fielded with MSHORAD capability in 2021, he said, and another two battalions by 2022.

Dr. Craig Robin, Space and Missile Defense Command senior research scientist, said a 50-kilowatt laser cannon will be placed on Strykers with a demonstration planned for 2021. At the same time, SMDC also plans to place a 100-kilowatt laser on a FMTV medium tactical vehicle. 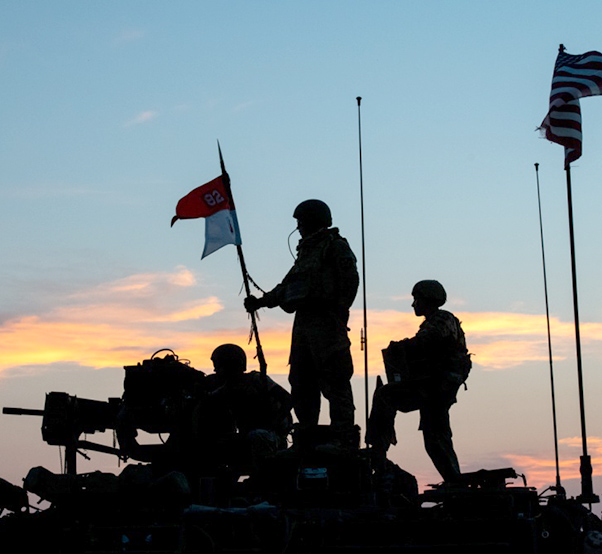 “We’re working to improve our stance in that area so we’re relevant in the 21st century,” said McIntire, who previously served as the commandant of the Army’s Air Defense Artillery School at Fort Sill. “We’re working on our indirect fire protection capability and coming up with solutions that would defeat cruise missiles. I would tell you today [the] Patriot can defeat cruise missiles. So it’s not the fact that we’re naked by any stretch of the imagination … We’re trying to figure out how to do a more cost-effective way as we move to the future.”

Brig. Gen. Robert Rasch, the deputy program executive officer for Missiles and Space at Redstone Arsenal, Alabama, said that the eventual plan is to add capabilities such as an enhanced MSHORAD interceptor and electronic warfare capability to the Stryker platform.

The initial MSHORAD operational objective will be to load Strykers with a Stinger Proximity Fuse, an on-board sensor, a 30-millimeter airburst round to provide a cheaper cost for enemy intercept and a 7.62 coax gun, a four-pack of Stinger Missiles, and a two-pack of Hellfire missiles.

After the service fields the four MSHORAD Stryker battalions in fiscal year 2022, the Army will receive an updated requirements document.

“The real goal of (this) effort is to get the technology in the Soldiers’ hands,” Robin said, “and develop the concept of operations.” 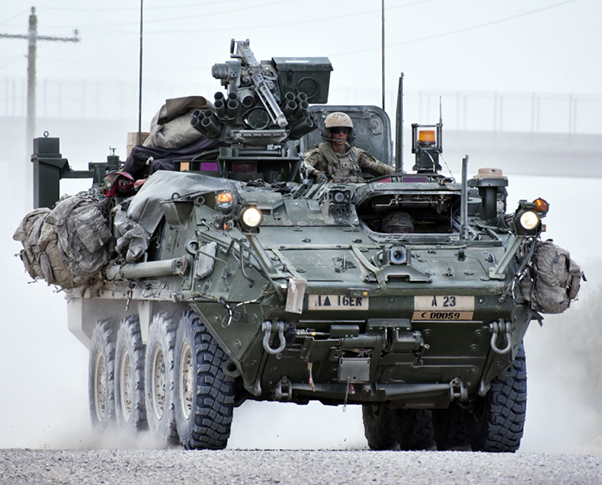